General Motors has been flirting with 3D printing for about 30 years. Now, it’s ready to commit to the process.

On December 14, GM announced plans to open a dedicated 3D printing facility in Detroit. The company believes this center will help it save time and money during the development and production process.

GM isn’t the only major automaker buying into 3D printing — and for car buyers, that’s going to mean more customization and personalization options in the future.

The automakers plans to rely heavily on these 3D printers during the prototyping phase of car development — when it used 3D printing to develop the brakes for a recent vehicle, it was able to slash costs by 60% and cut nine weeks of development time.

GM also plans to use the 3D printers to create the tools needed to make its vehicles. That’s another proven application — it recently saved two months by using 3D printing to create hand tools for a factory rather than manufacturing them the traditional way.

Starting in 2021, some GM vehicles will even contain 3D printed car parts when they arrive at dealers’ lots.

GM isn’t the only major automaker with an eye on 3D printing. Volkswagen, Porsche, and others are all taking notice, too — and for drivers, that means more customization options.

Today, automakers can only offer customers so many options when they’re buying a new car because it’s far cheaper to mass produce one or two options than to manufacture smaller runs of 20.

“It would simply take too much work to make casting and press tools for components that are produced in small lot sizes,” Volkswagen engineer Robert Stache said in 2018.

Automakers could use 3D printing to tailor your next new car to your wants and needs.

As VW is already finding out, 3D printing can cut those production costs, though, making more customized parts available to customers.

It’s starting small, with customized gearshift knobs and tailgate lettering, but plans to move on to bigger 3D printed car parts in the future. Other automakers, meanwhile, are using 3D printing to offer buyers personalized bumpers and even seats with different firmness levels.

If this trend continues, your next new car could be far more tailored to your wants and needs than the ones currently rolling off the assembly line — and no one else on the road will have one just like it.

Global Development
Why Africa’s newest super-bridge is in the continent’s weirdest border zone
The Kazungula Bridge has turned a cartographic near-miss into a geopolitical marvel, with a chance to renew Africa’s economy.
Up Next 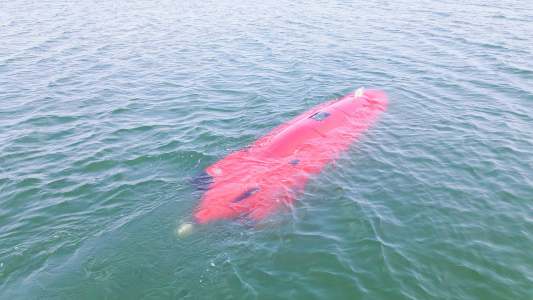 Using unique construction techniques, this 3D-printed submarine may set the pace for the building of large AUVs to come.

3D Printing
This may be the 3D-printed submarine of the future
Subscribe to Freethink for more great stories
Subscription Center
Challenges
Video
Freethink
Subscribe
We focus on solutions: the smartest people, the biggest ideas, and the most ground breaking technology shaping our future.
Subscribe