Air travel accounted for about 2.5% of the world’s carbon emissions in 2018 — a mere fraction of those produced by ground transportation — but (at least until the pandemic) it’s been trending up.

In May 2019, the United Nations predicted that the carbon emissions from planes will triple by 2050. A few months later, researchers from the International Council on Clean Transportation reported that emissions could be increasing 1.5 times faster than the UN’s estimate.

“The climate challenge for aviation is worse than anyone expected,” Brandon Graver, that study’s lead researcher, told the New York Times.

In an effort to address this problem, California-based startup ZeroAvia has developed and flown a plane powered by hydrogen fuel instead of fossil fuel. It’s not the first hydrogen-powered plane to take flight, but according to CEO Val Miftakhov, it is the first “commercial-grade” aircraft to reach that milestone.

“While some experimental aircraft have flown using hydrogen fuel cells as a power source, the size of this commercially available aircraft shows that paying passengers could be boarding a truly zero-emission flight very soon,” he said in a press release

ZeroAvia didn’t start from the ground up when developing its hydrogen fuel aircraft.

Instead, it retrofitted a six-seater plane built by Piper Aircraft with a device that produces electricity by combining hydrogen and oxygen. The only byproduct of this process is water vapor — which, unlike carbon dioxide, won’t stick around for centuries warming the planet.

In September, ZeroAvia’s hydrogen fuel plane lifted off for the first time at the company’s facility in Cranfield, England. It flew to an altitude of 1,000 feet before safely landing back where it started.

ZeroAvia is now turning its attention to the final step in the development of its emission-free six-seater aircraft: completing a 250-mile flight before the end of 2020.

That would demonstrate the aircraft’s potential to complete several popular flight routes, such as Los Angeles to San Francisco and London to Edinburgh.

The company’s biggest technical challenge to flying with hydrogen fuel is storing it. The amount of compressed hydrogen needed to fly the plane doesn’t weigh much, but it requires a ton of space because, unlike jet fuel, it’s not very dense.

“At some point there is no point in increasing the volume (of a storage tank) because…what you added in terms of tank capacity just gets burned to carry the tank,” Miftakhov told the Washington Post in July.

The company is working to transition to liquid hydrogen fuel, which has an energy density three to four times greater than its compressed gas counterpart, but storing liquid hydrogen requires extremely cold temperatures (-423.04 degrees Fahrenheit, just 20-30 degrees above absolute zero), which is another engineering hurdle.

ZeroAvia’s flight is a step forward for sustainable transportation, but the air travel industry is built around fossil fuels, which are simpler to produce and store than hydrogen fuel.

To actually avoid the huge increase in emissions experts predict for the industry, a large swathe of air travel would need to transition to hydrogen (or another alternative fuel) — a few short-range flights powered by hydrogen aren’t going to cut it.

The transition to hydrogen will require decisive action from the entire aviation ecosystem.

Still, ZeroAvia isn’t the only company looking to hydrogen fuel as a solution to air travel’s emissions problem — the world’s largest airliner manufacturer is as well.

Just days before ZeroAvia announced the successful maiden flight of its plane, Airbus shared details on three hydrogen fuel airplane concepts. Two of the planes are designed to carry more than 200 passengers, and the company’s goal is to have them in the air by 2035 — if it can get the industry on board.

“The transition to hydrogen, as the primary power source for these concept planes, will require decisive action from the entire aviation ecosystem,” Airbus CEO Guillaume Faury said in a press release.

“Together with the support from government and industrial partners we can rise up to this challenge to scale-up renewable energy and hydrogen for the sustainable future of the aviation industry,” he added. 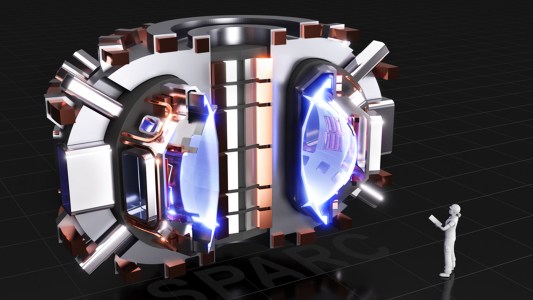 Nuclear fusion just took a step forward thanks to a new, compact reactor from MIT.

Clean Energy
Nuclear fusion gets closer to reality with this new reactor
Subscribe to Freethink for more great stories
Subscription Center
Challenges
Video
Freethink
Subscribe
We focus on solutions: the smartest people, the biggest ideas, and the most ground breaking technology shaping our future.
Subscribe