Nuclear reactors have a pretty bad rap among the general public: they often bring to mind images of large facilities and lots of radioactive nuclear waste.

But one company is on the verge of flipping this stereotype.

The first reactor, dubbed the Aurora, is going to be built in Idaho. It will be “hundreds of times smaller than traditional reactors” and fueled by nuclear waste from a reactor at the Idaho National Laboratory that was shut down in 1994. The Aurora is designed to operate autonomously for 20 years without having to refuel.

And, instead of an ugly, massive building, a modern-looking A-frame structure will house the reactor.

Size matters: Many experts argue that we can’t fight climate change without nuclear energy becoming a more significant share of our electricity.

However, traditional nuclear power plants in the U.S. may not get us there. They’re all pretty much the same: massive, expensive, government-funded projects.

“They [traditional nuclear] aimed to be competitive with economies of scale,”  Alex Gilbert, a project manager for Nuclear Innovation Alliance, told CNBC. The thinking is that the more energy a plant can produce, the cheaper it’ll be, per kilowatt-hour (kWh).

But in reality, massive power plants often get bogged down in red tape and construction delays, which ultimately run up the cost. (For example, a plant under construction in Georgia will cost at least $10 billion more than originally planned.)

Even if it’s cheaper to run once it’s built, the cost hurdle is far too high for most energy markets.

So, it’s becoming clear that the future of the nuclear industry lies in developing cheaper and more nimble reactors, and several companies in addition to Oklo — NuScale, General Atomics, X-energy, etc. — are pioneering smaller designs.

“Microreactors are an exciting innovation that completely flips the technology story for nuclear energy,” Gilbert said.

Oklos’ first reactor will be one of the world’s smallest, producing just 1.5 megawatts of electrical energy, compared to the approximately 1,000 MWe produced by a traditional power plant. While that seems tiny in comparison, it’s enough to power things like industrial sites, large factories, or college campuses.

“Today’s large reactors fit the bill to meet city-scale demand for clean electricity,” Jonathan Cobb, senior analyst at the World Nuclear Association, told CNBC. “But smaller reactors will be able to supply low-carbon electricity and heat to remote regions and other situations where gigawatt-scale capacities would be too much.”

Faster reactors: The Aurora will be what’s called a “fast reactor.” These types of reactors aren’t new — the technology has been around for decades — but there’s currently only 20 in the world, and only one built to commercial-scale in Russia.

Nuclear fission occurs when a neutron slams into a larger atom and causes that atom to split into two — this releases energy. When an atom splits, it produces more neutrons that can then slam into other atoms, thus creating continuous fission.

These atom-slamming neutrons have extremely high-energy and move very quickly. The problem is, these fast-moving neutrons don’t cause fission as efficiently as slow-moving neutrons, so conventional reactors will often try to slow the neutrons down by using a moderator — usually a gas (helium) or liquid (water) in order to achieve the optimal energy for fission,

Fast reactors don’t use moderators — they allow the neutrons to continue moving, well, fast. This allows them to produce more neutrons.

Since the neutrons are allowed to move quickly, they’re “harder to catch, so you need more fuel” to power a fast reactor, Jacob DeWitte, co-founder of Oklo, told CNBC.

But because more neutrons are produced, they can squeeze out additional energy from previously discarded fuel from traditional reactors (so-called nuclear waste).

So it’s kind of like a Goodwill for nuclear waste. Fast reactors can “unlock the rest of the energy in the fuel,” DeWitte said.

While Oklos reactors will still end up with some waste, being able to pull more energy out of the fuel “shortens the time it takes the toxic component of radioactive waste to decay,” according to CNBC.

What’s next: DeWitt isn’t committing to a timeline for when these reactors will roll out. But he targets “early 2020s” for the proof of concept reactor in Idaho to begin operation — with a few of these reactors operating by mid-2020s.

“[Oklo’s progress] opens the door up to say nuclear innovation is alive and well,” DeWitte told MIT. “And it’s not just the technology, it’s the full stack: It’s technology, regulations, manufacturing, business models, financing models, etc. So being able to get these milestones and do it in an unprecedented manner is really significant because it shows there are more pathways for nuclear to get to market.” 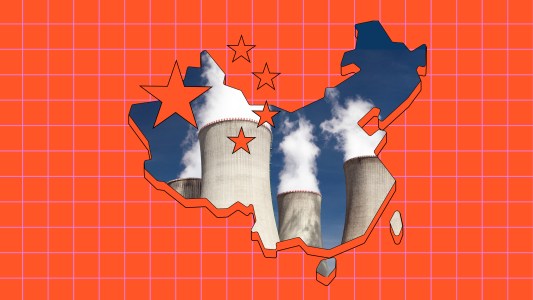 An experimental thorium reactor in China could greatly expand the number of people who can benefit from clean nuclear energy.