You’re hiking up a trail when it happens. All of a sudden you feel a sharp pain on your ankle as if you’ve been stung by a bee. You look down to see two puncture bites and your heart sinks as the realization sets in — you’ve been bitten by a venomous snake. Symptoms vary wildly depending on the type of snake, but generally you will start to feel a burning sensation within minutes with the likelihood of severe swelling, nausea, and even vomiting following shortly thereafter. Without treatment, the tissue around the bite will begin to die and major organs start to fail.

What happens next changes wildly based on where you live.

The World Health Organization (WHO) estimates that over 5.4 million people will be bitten by a snake this year — roughly half by venomous snakes. Around 100,000 will end up dying from those bites, but the majority of fatalities are concentrated in developing nations in Africa, Asia and Latin America. These countries often lack a sophisticated health infrastructure to properly store and distribute stocks of antivenom to high-need areas.

And the problem is further compounded by a lack of good data. According to the WHO, “the true impact is further complicated by the fact that cases reported to health ministries by clinics and hospitals are often only a small proportion of the actual burden because many victims never reach primary care facilities, and are therefore unreported.”

So antivenom is an incredible — if unevenly distributed — resource, but we rarely give much thought to how it is sourced. Shockingly, antivenom is still produced in a manner remarkably similar to how it was when it was first developed by Albert Calmette over 120 years ago. While the process has been refined and improved over the years, the basic steps are all the same. And it all starts with specially trained herpetologists, aka, “snake milkers” which begin by manually extracting venom from live snakes. It’s then injected into a “donor animal” — often a horse — and the antibodies created by that animal to fight the venom are then harvested from its blood to create antivenom.

The fact that the process hasn’t changed isn’t for a lack of trying. Scientists are currently working on alternate approaches — looking for existing antivenoms that are effective against multiple different snake venoms (currently each antivenom is produced for a specific snake species), evaluating new and existing drugs that might counteract the effects of toxins, and creating synthetic antivenoms that don’t require animals. This is similar to what we did with insulin which went from being created with the help of pig pancreases to being created in laboratories.

But for now, antivenom requires manual extraction by a relatively small network of venom extractors around the world. People like Jim Harrison. Freethink recently traveled to the Kentucky Reptile Zoo to meet Jim and his wife Kristen Wiley to learn about the critical role they play in this vitally important industry. As they say, it’s a dangerous job, but someone’s gotta do it.

The first thing you learn about Jim is that he is no stranger to risk.

“My heart’s stopped four times. Once from a human and three from snake bite,” he laughs, “I’ve been stabbed, run over by cars, hit in the head with a baseball bat.”

Jim has had an eclectic variety of (often dangerous) jobs in his career. He has as a professional kickboxer, in a vet’s office, as a police officer (“until I got run over by a stolen car”), a bounty hunter, in a hospital, even at a coroner’s office. But throughout it all, caring for snakes and extracting venom has been a consistent passion for the past forty-three years.

And Jim and Kristen are not alone. A 2006 research paper published in Applied Herpetology estimated there are a total of 34 facilities in 21 countries. That means a very small number of very daring people are responsible for all of the world’s antivenom.

For Jim, the work allows him an opportunity to help people which is the greatest motivator. “A lot of the guys that used to work with me (on the police force) said I was the first one through the door. It wasn’t because I was looking for danger or death or any of that stuff,” he explains, “it was because I didn’t want somebody else to get hurt. Most people when they think of venoms and stuff, they think of death and I think of life because it saves more lives than it will ever take.” 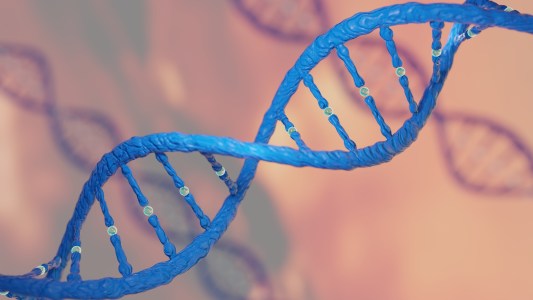 Humanity is locked in an arms race with diseases: we update our vaccines, and diseases evolve new ways to try to…

Public Health
Why did measles explode in 2019?
By Daniel Bier
Subscribe to Freethink for more great stories
Subscription Center
Sections
Video
Freethink
Subscribe
We focus on solutions: the smartest people, the biggest ideas, and the most ground breaking technology shaping our future.
Subscribe