Are ancient city grids still the best way to build?

Although their roots date back thousands of years, city grids are starting to inspire modern urban planners.
Watch on YouTube
In partnership with Ford
Up Next
Now Playing
The future of cities starts with transportation equity
4:47 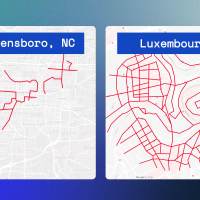 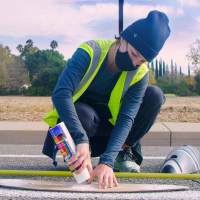 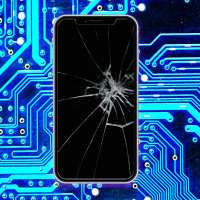 Although their roots date back thousands of years, city grids have a profound impact on the lives of modern urbanites.

City grids are a way of structuring streets so that they run at right angles to one another, forming a grid pattern to the bird’s eye. Communities that use the grid format are typically more easily navigable, but historically, urban designers have disagreed on whether it’s truly the best blueprint for building cities.

The development costs can be higher up-front for grid plans versus discontinuous streets, but the long-term rewards of accessibility, adaptability, and democratization of movement allow for great opportunity cost.

Are City Grids a Better Blueprint for Expansion?

City grids have been around since the dawn of civilized humanity, appearing in some of the earliest cities on record from ancient Egypt and China to Mexico. A 3,000-year-old text known as the Arthashastra outlines detailed plans that required cities to create consistency through divisions of north-south and east-west streets.

Fast forward to the colonization of America. Many of the United States’ most notable cities were built using a grid plan, including New York, Washington, D.C., Chicago, and San Francisco. From coast to coast, grid cities gave rise to explosive development throughout the 1800s and 1900s.

But in the 1920s, things began to change. The rapid adoption of the automobile incited a panic among urban planners. It was forecasted that speeding cars would be responsible for the death of thousands of small children every year in cities built on grid plans.

The paradigm shift prevailed in prominent cities and suburbs, like those in Los Angeles and its surrounding area, leading traffic engineers to favor the famed cul-de-sac. By the 1960s, urban planners had virtually abandoned the grid structure altogether, turning to asymmetric street arrangements where residential subdivisions could be completely separated, except for one or two arterial roads for access.

However, some modern city planners are proposing that the abandonment of the street grid may have been ill-advised. Proponents say city grids allow for more cultural exchange, inherent equity through shared blocks, and increased adaptability to technology’s influence on travel.

This revived school of thought has led to a different approach in street planning for growing cities, suburbs, and small towns alike.

Bastrop is a historic town located about 30 miles southeast of Austin, Texas. As Austin grew over the decades, Bastrop city officials could see the writing on the wall — expansion and new development were imminent.

With expansion on the horizon, the planners also hoped to prioritize sustainability and avoid traffic jams at all costs. That’s where Matt Lewis came into the picture. Lewis is the CEO of Simplecity, a company which focuses on leveraging traditional design principles to develop modern, sustainable neighborhoods across the U.S.

Lewis and his team were tasked with creating a building code that would allow for Bastrop’s thoughtful expansion. In his opinion, today’s suburbs are bad for the environment, businesses, and our health.

“Our goal is to only work on places that people want to hang out,” Lewis says, “places that are worth caring about, places that are affordable.” Using a grid plan, his team was able to do just that in Bastrop.

Simplecity designed a new code from the ground up, known as Bastrop Building Block, which focused on duplicating the success of Bastrop’s gridded downtown area. The code’s emphasis on a gridded layout would mean smaller streets and less asphalt, leading to a decreased demand for parking, while accelerating pedestrian and bike traffic.

Additionally, the Bastrop Building Block code created more fiscal potential, setting the city up to thrive economically. This is because the grid plan allows for development with a high value per acre, which in turn creates wealth.

The code was also designed to promote creativity and imagination. It allowed for fine-grained block variations, giving developers and landowners more options for carrying out their visions for the neighborhood.

The Bastrop Building Block code was adopted in November of 2019, and its results are already showing promise. City streets are less expensive to maintain, saving taxpayer dollars. Rationally sized buildings are allowing for easier entry for startup businesses. Short, walkable blocks are strengthening the city’s sense of community and preventing traffic jams.

In short, the grid is preserving Bastrop’s unified culture and economy. Although Bastrop won’t always be a town of 8,000, they’ve proven that it’s possible to retain that small-town feel regardless of expansion.

In order for cities, like Bastrop, to thrive, they must be reimagined to create a better living experience for all residents. The sustainable and inclusive city grid model just might be the best solution.