How would you live without the fear of death?

Watch on YouTube
Up Next
Now Playing
I use ketamine for depression – here’s how it works
7:31 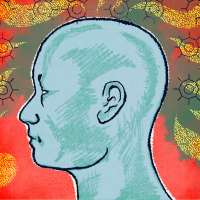 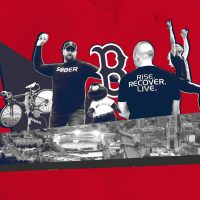 Regardless of religion, worldview, or culture, the fear of death is a very common experience. Surveys show that more than half of Americans deeply fear their own death or the death of a loved one.

There are also people who suffer from a severely acute fear of death, known as thanatophobia. For these individuals, fear isn’t simply a psychological affliction but one which causes more tangible symptoms such as PTSD, panic attacks, and depression. It’s a debilitating ailment that affects personal relationships and makes some unable to leave their homes.

Could our fears be worsened by the fact that no one really talks about death? Tamara Russell and Jose Montemayor, co-creators of the Death Incubator workshop, have made it their mission to address the uncomfortable subject of mortality and help others face their fear of dying, head-on.

Russell, a clinical psychologist, says, “We fundamentally believe that a different sort of relationship with death can help us to live more fully. Death is a topic which is not dealt with very well in our modern society and yet there are multiple benefits- psychological and societal- if we can change our relationship to death.”

A Look Inside The Death Incubator

The Death Incubator’s VR component aims to help individuals overcome their fear of death through visual exposure to it. The experience is meant to mimic what death may be like, and it tracks with most conventional religious and spiritual conceptions of death.

The simulation begins by having the participant visualize their deathbed and burial site. It then lifts the participant out of their body, changing their perspective, as it takes them higher and higher into another realm with otherworldly beings.

Providing a perfectly correct visual of death through this experience is not only impossible, but it’s also beside the point. The experience is about giving participants a perspective of what death could be like as a way to create space for them to discuss death.

For many, the fear of death is an ever-looming, ever-present fixation. The Death Incubator intends to strip away the anxiety that so many approach the subject with, and replace it with understanding. Those who complete the workshop call it a beautiful and spiritual experience that helped them learn to better appreciate life.

Their positive experiences result in the feeling that death is not something to fear. It’s a natural part of life which is to be accepted, and even embraced.

Breaking the Stigma of Death

Co-creator of the Death Incubator, Jose Montemayor, grew up in Mexico where he was surrounded by news stories of violence and death. He was forced to confront the idea of death regularly throughout his upbringing.

At a very young age, because of this confrontation, Montemayor realized that the way he modified his perception of death helped him to appreciate life at a different level. He hopes that these workshops can do the same for those struggling with their own mortality.

In most cultures, death is often viewed as a taboo topic, a conversation killer, or just flat-out uncomfortable. The immersive Death Incubator workshop is breaking that stigma. Death, though a seemingly negative event, can be reconceived positively.

When we accept that we don’t know when we will die, it can free us to accomplish more in life now, rather than put off our hopes and dreams. Likewise, accepting not knowing how it will happen can lead us to take more risks and live more spontaneous lives.

The creators of the Death Incubator believe it has valuable applications beyond workshops for those who fear death. Montemayor explains, “The intention is to go deeper into the transformative benefits of the near-death experience. For me, it has been a fascinating journey because it’s about not focusing on what happens after, but what happens before.”

The blended therapy can be used in training for healthcare professionals who have to cope with death on a daily basis. It can also be used to train those in governmental positions of power, getting them to think more dynamically about their legacy.

It forces leaders to consider the footprint they’re leaving on society by inviting them to think purposefully about their death, which can also accelerate paradigm shifts in society. In these ways, the Death Incubator is not only helping people overcome their fear of death, but it’s also initiating a better appreciation of life itself.