As circuses eliminate animal acts, one show takes theirs to the next level — with spectacular holograms.

The circus has been a source of entertainment for generations with clowns, extreme acrobatics, and controversial wild animals. But one German circus is finding new ways to maintain tradition while also saying goodbye to the animal acts.

Circus Roncalli is using giant holograms to keep elephants, horses, and even goldfish under the Big Top, without keeping circus animals captive. The company’s founder, Bernhard Paul, was inspired to use holograms while watching Justin Timberlake’s 2018 NFL Super Bowl halftime show, the BBC reports. Timberlake was performing alongside a hologram of Prince, the musical icon who died two years prior.

Now, Paul’s circus showcases prancing horses and flying fish without using real-live animals. The 3D circus animals appear because of eleven laser projectors that beam imagery onto a thin screen circling the ring. They are visible to audience members sitting in any location around the performance. Viewers can even see an elephant raise its hind legs into the air to do a handstand, without using prodding devices like bullhooks or goads.

The first Big Top shows began in the late 1700s. Circus animals appeared in 1831 when the French trainer Henri Martin, entered a cage with a tiger. Since then, wild animals have become an integral part of circus culture and performance. Attendants expect to see freaks, high-flying stunts, and circus animals.

But, in recent years, circus goers became uncomfortable and angry over reports of animal cruelty and even the idea that wild animals are being held captive. Circuses struggled as ticket sales dropped. Activists and organizations like PETA targeted animal circus acts and marine mammal shows. The world began to move in a new direction — one without intelligent creatures in captivity for entertainment gimmicks.

The National Aquarium eliminated their dolphin show in 2012 and pledged to move the animals to a seaside sanctuary by 2020 (which could be delayed due to climate change). PETA lists more than two dozen zoos as phasing out captive elephants, like the Central Florida Zoo in Sanford. While some advocates say captive animals are necessary for research or rehabilitation, there is a growing resistance to training those animals to perform tricks on demand.

The unrest in the circus industry led to new regulations on the use of animals in the entertainment sector. Nations like Italy, Belgium, Greece, and Malta all pledged to do away with wild animal acts, reports Smithsonian Magazine. Eventually, in 2017 the famous Ringling Brothers and Barnum & Bailey Circus closed permanently after a 146-year streak.

But Circus Roncalli was already on their way to reducing their circus animals  — a process they began in the ’90s. They’ve been animal-free since 2018. Now, as the first circus to use holograms, the tradition can live on — but with a clearer conscience.

Entertainment
Avatar 2: How much has CGI really improved since 2009?
Some critics say CGI has actually gotten worse. Here’s why it’s not so simple.
Up Next 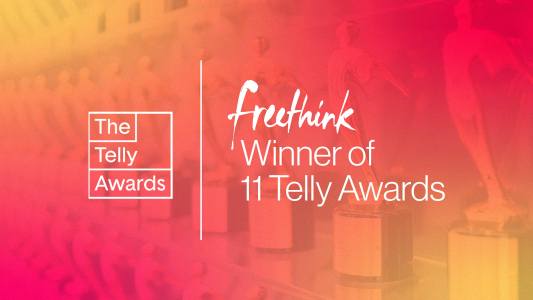 This year, Freethink was honored to receive 11 Telly Awards for excellence and creativity in storytelling.