Race car driver Toby Trice is screaming towards a snaking series of turns at Silverstone Circuit, home of the British Grand Prix. They are dubbed Maggotts and Becketts — named, in true UK style, for the nearby moor and a medieval chapel built in the memory of the Archbishop of Canterbury.

Hitting the bend at speed, he comes into the first left at 110 mph. As he finds the apex of the curve, he smoothly lines himself up to blast down the straightaway to come.

Through the iconic turns, Trice is testing whether his reflexes and courage can match up to the myriad racing legends who have come before him.

But he is also displaying courage in another way, racing to represent those who suffer from male infertility — men like him. On his racecar’s livery is a sponsor quite unlike the typical engine oils or beer companies: the logo of Fertility Network UK.

Trice and his car may represent a sea change in public discussion around male infertility. The fact that we’re talking about it at all, advocates, sociologists, and fertility professionals say, is the clearest evidence that the conversation is changing. Long shrouded in shame, infertility in men is slowly losing its stigma, but Trice wants to use motorsports to shatter the taboo around the discussion at high speed.

Infertility in the U.S. is fairly common, affecting between 15-18% of couples, and male infertility is a contributing factor in one third to one half of cases.

There’s a legion of possible contributors. Erectile dysfunction could be to blame. Or it could be enlarged veins — called varicocele — which overheat the scrotum and damage sperm. Or obstructions in the tubes running from the testes to the penis. Or anabolic steroid use. Or issues with sperm per se, such as low sperm count or sperm with mobility problems. Or genetic conditions that we can barely identify.

The fertility field lags behind when it comes to infertility in men.

The fertility field lags behind when it comes to infertility in men. Fertility has long been focused on the female factors — and rightly so, as they are complex and crucial, and pregnancy-related issues can be quite dangerous. But, as a result, the men who Freethink and sociologists have spoken to about their experiences say they face a medical system they feel is poorly equipped to meet their needs.

The mismatch between resources and male infertility problems is unsurprising, Kevin McEleny, an andrologist at Newcastle Hospitals, says. Most fertility units are simply not designed with men’s feelings or needs in mind.

Because many fertility clinics are overseen by gynecologists, staff may not be confident in assessing male patients, McEleny says — despite sperm quality issues being present in 40-50% of cases. As a result, men can feel left out in the cold.

McEleny believes there needs to be a major shift in how male patients are viewed at fertility clinics.

“Improving the training of local fertility doctors and nurses worldwide to make them more aware of the male perspective would be a big step forward,” McEleny says. “We need to be patient-condition focused, rather than working in separate silos (for men and women).”

Fertility doctors need a better knowledge base and physical examination skills for male patients. Being able to provide basic care, McEleny says, is the most important thing to improve. Ideally, all fertility units would, at least, have access to a male infertility expert.

Depending on the cause, there are many effective treatments for male factor infertility. An expert may suggest regular (but not excessive) exercise and a healthier diet — including avoiding cigarettes, alcohol, drugs, and anabolic steroids. Missing hormones can be replaced, and semen can be surgically recovered directly from the testicles.

The problem is not lack of treatments, McEleny says, the problem is access. With male factor specialists vastly outnumbered by those focusing on women, many men do not live close enough to a specialist to get the treatment and attention they need.

In most of medicine, the male body was the default model of study. But fertility focused on the female aspect of reproduction from the jump, says Liberty Barnes, sociologist and author of Conceiving Masculinity: Male Infertility, Medicine, and Identity.

This is in part a hangover from the Victorian over-medicalization of female bodies, Barnes says. Ovaries and uteruses were removed not only because of infertility but for a wide array of physical and (often perceived) psychological issues.

When women alone bear the blame of infertility, they can be ostracized or even face violence. By comparison, male infertility is understudied and underrepresented in the public consciousness.

“This is a worldwide problem,” McEleny says, which extends beyond medicine. When women alone bear the blame of infertility, they can be ostracized or even face violence. By comparison, male infertility is understudied and underrepresented in the public consciousness. Numerous experts say it’s not only the medical community lagging behind. Sociologists, psychologists, and society are, as well.

Left largely alone, men are suffering not only from infertility but its severe psychological impact.

The Mental and Emotional Toll of Infertility in Men

It feels like grief. An odd, but very real, bereavement for a child that will never be born. It cannot be alleviated by happy memories. It does not easily inspire sympathy in others.

Richard Clothier was affected on every level of his everyday life. He had trouble sleeping, would actively avoid babies and pregnant women, and regularly broke down crying on his way to work. His sadness could be triggered by setbacks in treatment or learning another couple had gotten pregnant. With the grief comes guilt, as men watch their partners go through the rigors of IVF treatment.

Male fertility is often incorrectly conflated with virility and a man’s sexual abilities in society.

“At times I felt like a bystander,” Clothier says. He felt shunted aside, even after learning that he and his wife’s trouble conceiving was male factor. He has since become a campaigner for fertility treatment equality and emotional support for men.

“It can be a real crisis point for them, in relation to their sense of self, their relationships, but also for that imagined family that men might really have wanted for a long time,” says Esmée Hanna, a sociologist and member of the Center for Reproductive Research at De Montfort University in Leicester, UK whose research focuses on male infertility.

Along with infertility comes a feeling of inadequacy, of being “less of a man.” Male fertility is often incorrectly conflated with virility and a man’s sexual abilities in society, says Hanna. Combined with men’s general reluctance to share their challenges and feelings with each other, it can be almost too much to bear.

“Breaking the taboo on discussing male fertility publicly would make many men understand that they are not alone,” McEleny says, “and contribute to it being accepted as the health problem it is, rather than something that causes shame, due to its impact on their masculine self-identity.”

A men-only Facebook group, Men’s Fertility Support, is providing one place to start the discussion.

“Breaking the taboo on discussing male fertility publicly would make many men understand that they are not alone.”

Public figures being open about their challenges with fertility can help ease stigma, as well. Trice, a train conductor by day, had the intent to raise awareness on the track from the start. He hopes to continue to raise his profile, touching ever more men and couples. His dream is to bring awareness to one of the world’s most prestigious races: the 24 Hours of Le Mans.

Davis, Clothier, and Trice all feel like male infertility is at an inflection point. With articles in The Guardian, a forum on Facebook, and a documentary, The Easy Bit, on the way next year, they believe that infertility in men will not remain a shameful burden much longer.

“I think we’re at a huge turning point,” Trice says. 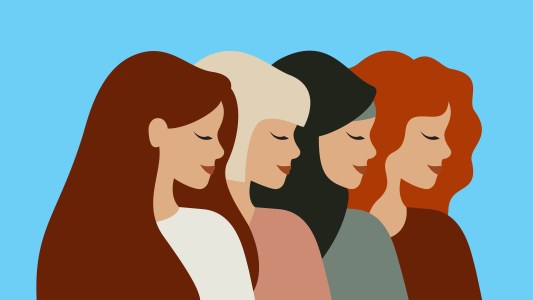 Celmatix Founder and CEO Piraye Beim gives an inside look into the battle to secure funding for women’s health.