The first time I found the website of Celmatix, a New York-based women’s health biotech company, I got the impression that it was contained within the overwhelming slurry of underwhelming health resources for women. To get to the meat of what it sold, I first had to scroll through what felt like an Instagram campaign: a token diverse group of women, pleased with life, easily beautiful, and clutching steaming mugs of hot beverages. Testimonies appearing next to these stock women claimed that a genetic panel called Fertilome could offer peace of mind in the race against the ever-looming biological clock.

But that was two years ago, which already feels like a different era for women’s health. Celmatix has mostly moved away from this breezy digital aesthetic now, into one that no longer belies the rigorous medical underpinnings that the company has always had. Its current website leans harder on graphs, charts, and scientific jargon like “subclinical factors.” It’s clearly trying to stand out from the increasingly populated, though not increasingly useful, “femtech” crowd — a catch-all term that describes any kind of technology focusing on women’s health, including smartphone apps that make the (mostly untested) claim of being able to track a woman’s biology to her benefit.

Celmatix has always focused on researching the genomics behind disorders such as endometriosis, polycystic ovary syndrome, recurrent pregnancy loss, and early menopause, all of which can impact fertility and cause diabetes, heart disease, osteoporosis, and several types of cancer. Fertilome, Celmatix’s genetic panel that doctors can use to assess the risk of developing such disorders, was the first of its kind. Its 2017 debut signaled a small step forward in precision medicine for women.

But at the same time, CEO and founder Piraye Beim was, and in many ways still is, battling to catch a funding current that has historically flowed away from rigorous biotech innovations for women and their doctors. What seems to crop up more easily are consumer-facing apps like Clue and Flo, which claim to track a woman’s menstrual cycle. Even in a best case scenario, researchers found that people who use these apps to try and plan conception around a woman’s most fertile days may actually have less success than if they rely on randomly-timed sex.

Beim got her first taste of this funding imbalance while working on embryology research in academia — first as a PhD student at Cornell University and then as a postdoc at the University of Cambridge.

“I saw the giants in our field having to shrink their labs, take early retirement, or shift the focus of their work to autism or cancer,” she says. “This isn’t a first-year professor struggling, these are career pioneers, who really built IVF, and could not get funded to do this work.”

The U.S. government is the largest funder of basic scientific research in the world, but agencies like the NIH focus on research that tracks with narrow definitions of mortality causes, such as cancer and cardiovascular disease. Financing women’s health research is a much lower priority, despite that common women’s health disorders, like endometriosis, can increase a woman’s risk of having a heart attack by 30%.

“This isn’t a first-year professor struggling, these are career pioneers, who really built IVF, and could not get funded to do this work.”

Seeing that public funding inequity discouraged Beim from pursuing her interests as an academic, and she turned her attention to the private sector instead.

“I thought … it would be faster and more effective for me to try to really impact women’s health in the private sector as an entrepreneur, and ultimately, that’s been true,” she says. “I have gotten to build datasets that the NIH would have never funded, work with the top academics in my field collaboratively, and make discoveries at a scale and magnitude that would not have been possible in an academic setting.”

A year after developing the Fertilome genetic panel, Celmatix partnered with 23andMe to look at the genetic information of 75,000 women, confirming the discovery of genetic variants that increase a woman’s risk of early menopause.

Despite these accomplishments, Beim remains firmly rooted in the realities of her industry. “It’s a drop in the bucket of what needs to happen,” she says.

The now ten-year-old biotech company was an early pioneer in what is still very much an emerging industry, one that’s often glibly dubbed “femtech.” (Beim advocates for using the wordy phrase “next generation women’s health” instead, but it hasn’t caught on.)

An oft-cited estimate suggests that this industry will be worth $50 billion by 2025. But it’s hard to suss out what that means in a field defined by a cute term that seems to include any tech company engaging with women’s health on any level. It lumps together everything from a period tracking app to major biotech firms developing genetic screening tools.

Beim sees herself more on the level of Grail, a biotech startup that is also working on precision medicine and early disease detection, but in the cancer space. Grail has raised $1.5 billion without yet having a product on the market, while Celmatix has raised $81 million and its two-year-old genetic panel is currently being used by dozens of physicians and hundreds of patients around the world.

“We get slotted for being such a well-funded femtech company, but I don’t feel celebratory about that number,” Beim says.

Although the private sector enables her to do work she knows wouldn’t have been possible otherwise, she says, it has the same general funding issues as the NIH. Women’s health is often still not a priority, whether it’s because women’s health is less compelling to predominantly male venture capital firms, or because the few women at these firms — or the few all-women firms — aren’t in secure enough positions to make risky investments yet. A biotech company of any kind is a bigger financial risk than a consumer product.

The portfolio of companies that the Female Founders Fund — a pioneering all-women fund started in 2013 — invests in is mostly comprised of social and consumer products, like an astrology app or razors for shaving. The fund dips into women’s health a bit with Maven Clinic, a telemedicine company, but so far seems to be steering clear of biotech.

“We need to wait and let these female investors at these funds mature into their security before we’re going to see them able to stick their neck out and make some of these kind of bigger, scarier bets on higher reward, higher risk startups,” predicts Beim. “I think these women, under the current parameters, are all making the right decision. I don’t think they’re selling out their fellow woman-kind.”

In the meantime, after watching one too many male investors’ eyes glaze over at her talks about disorders like early menopause, she’s found a savvier approach. Instead of asking for empathy for a woman’s experience, she asks the investors to imagine a world in which all men experience complete testicular failure by midlife — and a small portion of them experience testicular failure in college — along with hot flashes, mood swings, and sexual dysfunction.

“Part of my journey as an entrepreneur trying to build women’s health products has been, unfortunately, to flex into a narrative where I have to constantly connect with the male experience, and help them understand what it’s like to go through these things as a woman.”

She then asks: Would they want access to a clinically valid genetic screen that could tell them this was coming, so they could be properly diagnosed, and even freeze their sperm to make it possible to still have a family someday?

“Part of my journey as an entrepreneur trying to build women’s health products has been, unfortunately, to flex into a narrative where I have to constantly connect with the male experience, and help them understand what it’s like to go through these things, as a default, as a woman,” Beim says. “It is frustrating, but there’s only so much frustration you can allow to accumulate because then you wouldn’t be able to progress.”

It feels incongruous to call someone a veteran of an industry that is still in its infancy — albeit, a drawn-out infancy — but that’s the air that Beim gives off. When talking about why there aren’t more companies like hers, she speaks of the obstacles to building a well-funded, science-backed, true femtech company (not just a clever app) with a weathered yet lighthearted tone.

It’s the kind of spirited balance only afforded to those who have had to fight for every minor success, and yet still believe deeply in the need to keep going. Playing the long game in a rigged system hasn’t jaded her. In fact, this is the third time we’ve spoken over the last two years, and she sounds more hopeful than ever.

“I’ve been doing this since 2009, and 2019 feels different to me,” Beim says. “I have never, ever interacted with as many female investors as I am right now. It’s no longer okay not to have a woman at the table, and that just simply wasn’t the case in 2017, or even 2018. If women’s health companies that are struggling right now can just survive the next two years, I think it’s going to be very different.”

Medicine
Moms’ “super-antibodies” point the way to new antibody medicines
Pregnancy bestows on babies enhanced antibodies that can protect against a broader range of disease. Now, we know how. 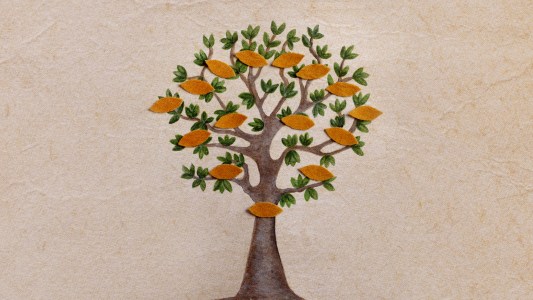 Experimental procedures offer beta solutions for girls, and more time to figure it out for boys.

Fertility
For childhood cancer survivors, adult fertility isn’t a given
Subscribe to Freethink for more great stories
Subscription Center
Challenges
Video
Freethink
Subscribe
We focus on solutions: the smartest people, the biggest ideas, and the most ground breaking technology shaping our future.
Subscribe