Your moral compass could be broken

People rarely question their own moral compass. But what shapes yours?
Watch on YouTube
In partnership with John Templeton Foundation
Up Next
Now Playing
Do apologies even matter?
5:23 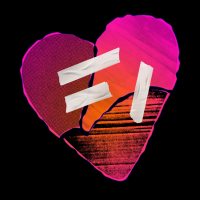 Now Playing
Is free will an illusion?
5:35 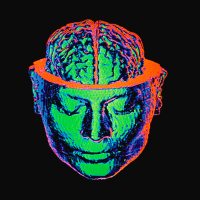 Now Playing
Can an app help you have better sex?
4:28

Most people would claim to know the difference between right and wrong, and believe they have the ability to intuitively make good decisions, but how can we be sure that our moral compass is truly pointing us in the right direction, especially when others stand opposed to us?

In what is now a global community in the information age, the bounds and structure of morality are stretched to encompass far more interactions than ever before. On social media, for example, we’re often exposed to a diverse array of friends, relatives, acquaintances, and strangers with conflicting moral codes.

Although we might believe that our own moral principles are unwavering, we typically don’t apply them objectively across the actions of both loved ones and strangers. We might also weigh them differently for those in close proximity to us, versus those who are thousands of miles away. This begs the question: what is morality, and is it subjective?

How is a Moral Compass Formed?

Morality can be defined as a code of conduct set forth by a group which is accepted by someone as a guiding principle. Governments, religious groups, and other organizations throughout history have set forth these codes of conduct intended to guide people toward their perception of moral correctness.

Many groups share a common set of essential pillars of morality, such as – don’t kill, steal, cheat, or lie. However, these principles are often applied differently based on one’s relationship with the guilty party.

If someone hears that a stranger committed adultery, disapproval would be a typical response. But if the person who committed adultery was their brother, whose marriage had been strained for some time, the response might be more forgiving and even empathetic. These intricacies of morality are, in part, what fuel the study of moral psychology.

Moral psychology examines the origination and development of human morality and seeks to gain a better understanding of how humans make decisions. Dr. Liane Young, an associate professor of psychology at Boston College, believes the study of moral psychology could have a profound impact on how humans interact with each other.

If we could better understand the different sources of morality, perhaps we could begin working toward a society built on empathy. “Studying moral psychology allows us access to others’ perspectives,” Dr. Young explains. “Knowing that there is this complex space of moral psychology could help us to understand where other people are coming from.”

Psychology can also help us analyze our own moral development and personal bias. Underneath all of our moral values is a complex web of external influences and experiences that shape who we are today. To truly understand our moral compass, it is important to learn exactly how it found “north.”

The Evolution of Morality

Because a friend who commits a moral crime will likely be judged differently than a stranger, it seems that moral reasoning depends largely on context. Dr. Young and other moral psychologists believe that this subjectivism is due to a practical survival mechanism built into human beings to help them exist within their communities.

Biases can influence peoples’ moral compass in a pragmatic sense. In a hunter-gatherer society in which members of a group had to rely on each other, focusing on the wellness of the group as a whole and ensuring that all members treated each other with empathy was necessary for long-term survival.

In this sense, biases served to improve cooperation within a group as members worked toward a common goal and sometimes, looking past amoral behaviors in the short-term could help maintain unity in the long run.

Charles Darwin was an early advocate of the theory that human morality evolved for survival purposes. He believed that man’s capacity for creating moral rules, and ramifications for breaking them, served to distinguish mankind from its nearest relatives in the animal kingdom. In order to survive natural selection, mankind developed a capacity for social interaction and effective collaboration.

Evolutionary theory provides that humans evolved into social beings out of necessity. Humans diverged from their chimpanzee counterparts, who almost solely ate alone, in order to hunt in packs and more successfully gather their own food together. What began as a means of collaborative survival evolved into the codependent societies we have today.

Just as the first human beings had to rely on each other for food and may have had to make moral concessions for the good of the group, modern mankind relies upon collaboration and socialization in the 21st century.

The globalization of society has made it so that we are interconnected with more people in more ways than ever before. While we might continue to make subjective decisions for the good of our “tribe,” recognizing that our moral compass evolved with a biological purpose may help us to rethink how we judge those outside of our circle.

We can all agree that certain morals are fundamental in a civilized society, but perhaps we can also recognize that not every single moral we individually hold is universal. Then, instead of defaulting to harsh judgments when we believe a stranger has committed an injustice, we can approach them with the same empathy we would extend to a loved one.

“The greater goal is to do something with that understanding of human moral psychology and to bring people together,” Dr. Young says. “Understanding that there are competing moral values that are driving your judgment versus someone else’s judgment can help you to see the other side.”