No man left behind: The extreme measures to bring missing soldiers home

Decades ago, these soldiers were lost in distant battlefields. Now, modern forensics is bringing them home to their families.
Watch on YouTube
Up Next
Now Playing
Wilderness therapy: A path to healing for Veterans
10:12 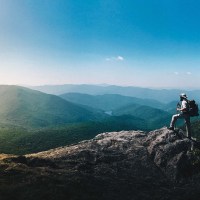 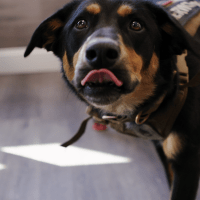 Now Playing
Veterans to the rescue
3:46

“No man left behind” has become one of the most memorable tropes of America’s armed forces. The idea, which was spawned centuries ago, exemplifies the respect that the American people and military feel is due to those who have made the ultimate sacrifice.

This strong commitment to our country’s heroes can be seen in one group’s efforts to search high and low for the remains of missing soldiers. The Defense POW/MIA Accounting Agency, or DPAA, has made its mission to return these remains to the soldiers’ families.

For thousands of families, the DPAA is providing the opportunity to say goodbye in the right way. Their work helps provide closure, for which some have been waiting decades.

Where It All Began

The group acted under a specific and regimented set of rules, outlined by Rogers, that have set the standard for many of today’s military guidelines. One policy was to make sure that every single member of the Rangers was accounted for post-battle.

Members of the Rangers went on to lead the First Continental Army during America’s Revolutionary War, and their “No man left behind” motto became a central fixture of U.S. military protocol.

It wasn’t until the Vietnam War that the creed spread beyond military usage and into the consciousness of the American public. During that period, war-time coverage became more widespread than ever. By 1965, 90% of American households owned a television and a majority of them used it as their primary source for news consumption.

Nightly televised death tolls conveyed the reality of the sacrifice being made by service members abroad. There were also many published news stories on the war, like Life magazine’s June 1969 issue, which shared the names and pictures of 242 Americans who lost their lives over the span of a week.

When an American soldier was lost or left behind, the public now had access to information about it. The number of lives lost during the Vietnam War was staggering, but equally unsettling was the large number of those designated as MIA, or “missing in action.”

In 1973, approximately 2,500 servicemen were designated as MIA. By 2015, more than 1,600 of those were still labeled as “unaccounted for.” Many families not only lost relatives, but the opportunity to grieve them properly.

“No Man Left Behind” In Action

Founded in 2015, the DPAA has set to work to honor these fallen heroes and hold true to the well-known American credo.

Dr. John Byrd, DPAA Lab Director, explains the enormity of the program’s mission: “Our scope of work is just over 30,000 cases that need to be solved. These are mostly from World War II, the Korean War, and the Vietnam War.”

With an annual budget of $112 million, the DPAA relies on advanced forensics, anthropology, and a little bit of luck to return the remains of fallen service members to their families. Byrd explains, “Each missing person has an incident number. We have people whose job is compiling every single thing we know about the person and the incident.”

One crucial piece of evidence the DPAA gathers is DNA swabbed from the service member’s family. This DNA evidence often helps confirm the identity of the remains once found. Once equipped with as much evidence and information as possible, a team is sent on a field investigation to put together whatever pieces of the puzzle they may.

Sometimes they’re working with details as minute as which direction a plane was headed and trying to narrow down all the possible locations it could have ended up. The fieldwork becomes an “all hands on deck” effort in which historians, forensic scientists, and military officers are tasked with talking to locals, studying patterns of vegetation and topography, and trying to track down any possible clues that’ll help crack a case.

The work is daunting and seemingly impossible at times. Yet the DPAA’s team works relentlessly because they recognize the magnitude of the work at hand. Because of their tireless dedication to “no man left behind,” and despite all of the inherent obstacles before them, they have thus far been able to return the remains of nearly 200 missing soldiers found each year.

Dr. Byrd describes why the DPAA is so committed to its task – “I think sometimes people think that because it was a long time ago nobody cares, but it’s not true if it’s your family. My only hope is that we can provide the families with as much closure as we possibly can.”

For the family of Private First Class Edward A. Nalazek, the DPAA was able to provide closure for which they had waited over 70 years.

Private Nalazek, a then 27-year-old Chicagoan, decided to enlist in March 1942. He first attempted to enlist by joining the Navy but was rejected for having flat feet. Not allowing this to deter him from serving his country, he decided to become a Marine.

Edward was eventually sent to fight the Japanese in the Battle of Tarawa. During the battle, approximately 1,000 American soldiers lost their lives and another 2,000 were injured. Private Nalazek made the ultimate sacrifice on the second day of battle: November 21, 1943.

After his passing, his family received the Purple Heart he’d been awarded and a report stating that he died of a gunshot wound. Nalazek’s family refused to bury him until they had his remains, but decades passed without any further information.

In November 2016 though, 73 years after his passing, through anthropological analysis as well as circumstantial and material evidence the DPAA was able to find Edward’s remains and return them to his family.

Private First Class Edward A. Nalazek, along with a number of other fallen service members, later received full military honors at a funeral held at Arlington National Cemetery on February 10, 2020. His nephew Ed McNicholas, named after his uncle and hero, was there to receive his flag.

America has a proud history of honoring its military service men and women and the sacrifices that have been made to maintain the freedom we enjoy. The work that the DPAA is doing serves to protect that history, honor the lives of those who gave it all, and ensure that no man is left behind.