For decades, Myanmar, also known as Burma, was ruled by a repressive military junta. Cut off from the outside world, the Burmese people were stifled in every sense of the word. As other countries embraced emerging technologies, developed, and enjoyed increasing quality of living, Myanmar was stuck in the past without modern technologies like the internet, TV, or cell phones. As a result of this extreme isolation, the country remained among the poorest in the world.

The government dramatically loosened its vice-like grip on society and a once isolated populace started to get a taste of the outside world. Things that were totally unavailable or only accessible on the black market, were increasingly out in the open.

Once forced to buy boards and Tony Hawk video games on the black market, the country’s skaters are embracing their new-found freedom. With access to the internet and mobile phones, they’re catching up on what’s cool and current, and merging it with their own culture to create a unique skate scene that’s gaining a reputation around the world.

No one is quite sure what’s next for Myanmar. The government still intimidates vocal opposition. And there are reports of violence against ethnic minorities across the country. But for young people discovering a new world outside their borders, it’s hard to imagine they’ll ever be willing to go back to the way things were. 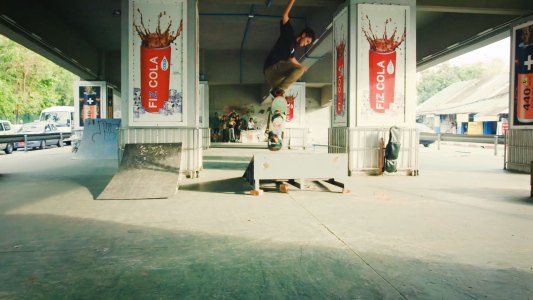 Is the booming skating scene in Myanmar a sign of a more hopeful future for the once isolated country?