As 2016 draws to a close, it’s easy to see why folks are ready for a new year. We lost some amazing performers, from Carrie Fisher to Prince. The Syrian Civil War took still more lives and created a refugee crisis. Iran seized two U.S. naval vessels and China captured an unmanned U.S. submarine. People got divorced over the 2016 U.S. presidential election.

It’s almost enough to make you forget there’s no darkness without light. Rather than do our usual roundup, we thought we’d remind you of the good things that happened in 2016.

U.S. teen pregnancy rates declined for the seventh year in a row.

U.S. high school graduation rates reached an all-time high for the fifth year in a row.

The heads of the Catholic church (Pope Francis) and the Eastern Orthodox Church (Patriarch Kirill) met for the first time in nearly 1,000 years.

Cuba and America continued the process of normalizing relations.

North *and* South America were declared free of measles.

Malawi, which has one of the highest per capita HIV rates in the world, reduced infections in children by 67%.

The World Health Organization announced that it’s on track to *eliminate* malaria in 35 countries by 2030.

And those are just the big-picture accomplishments. As you prepare to ring in 2017, remember that as long as there are good people in this world, there will never be a year in which only bad things happen.

Want some more good news? You can watch all episodes of our latest series, Challengers, profiling entrepreneurs with powerful ideas who are on a path to changing the world. 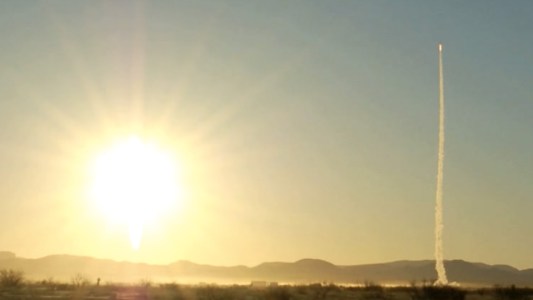 The story of how one man gave his space-loving best friend a final resting place in the final frontier.

Building Community
How a sci-fi enthusiast decided to memorialize his best friend
Subscribe to Freethink for more great stories
Subscription Center
Challenges
Video
Freethink
Subscribe
We focus on solutions: the smartest people, the biggest ideas, and the most ground breaking technology shaping our future.
Subscribe