In the past 30 years, half of the world’s coral reefs have perished. But marine scientists Emily Hazelwood and Amber Sparks are thinking creatively about using an unlikely resource to protect — and even expand — the wildlife we have left.

In 1969, an offshore oil rig ruptured, leaking nearly 100,000 barrels near Santa Barbara, California. Since then, oil and gas drilling in the seafloor remains a controversial topic, especially in California.

But Hazelwood and Sparks believe there’s a way that old oil platforms could be a boon for the environment, bringing back life to the coastal waters. They are on a mission to convert decommissioned oil and gas rigs into artificial reefs, in a program called Rigs-to-Reefs.

Can Coral Grow On Metal?

Throughout the life of an oil platform, the ugly metal structure evolves into the home of a unique microcosm, teeming with life. Seahorses, rockfish, and sponges make their home among the rusty metal beams. The network of beams becomes a nursery for young corals and a refuge for dolphins and sea lions. But when the rig is decommissioned and the structure removed completely, the productive reef is lost.

Hazelwood and Sparks argue that, instead of removing the entire rusty metal structure, the rig’s submerged section should remain forever.

Oil platforms off California are among the most productive marine fish habitats. If all of California’s existing platforms were removed entirely, 27 massive and important deep-sea habitats would disappear. On land, some of these rigs would tower over the Eiffel Tower, like the Harmony Platform in California, which reaches depths of 1198ft (365m).

“California platforms are some of the largest and deepest in the world,” Hazelwood told BBC Future. “You don’t even see the beams, they are so encrusted with marine wildlife.”

Artificial Reefs, on a Budget

In the United States, the tradition of turning rigs into reefs dates back nearly 40 years. Since the 1980s, 560 U.S. platforms in the Gulf of Mexico have been left underwater and converted into permanent artificial reefs, reports Bloomberg Green. Today, there are around 1,700 rigs in the Gulf of Mexico that will need to be decommissioned at some point.

There are three methods for “reefing” a rig: towing it to a new location, leaving the base alone in its place, or (if reaches the surface waters less than 85ft deep) toppling it over in place. Any one of these options is usually cheaper than dismantling and removing the entire base. Converting rigs to reefs saves oil companies money, which can be provided to states that agree to take responsibility for the artificial reefs.

According to the Bureau of Safety and Environmental Enforcement, 558 platforms previously constructed on the U.S. Outer Continental Shelf have been reefed in the Gulf of Mexico as of September 2020.

Are Artificial Reefs Good for the Ocean?

According to marine biologist Milton Love, who researches fish species around oil and gas platforms in California, offshore rigs are among the most viable fish ecosystems on the planet.

Rockfish stocks have been seriously reduced due to overfishing along the U.S. West Coast. But the rigs are helping. Now, rockfish can be found in large numbers near oil platforms. The repurposed reefs even aided in the recovery of the critically endangered bocaccio rockfish.

“We’ve found a very high density of young bocaccio at platforms, around 400,000 at six platforms. We didn’t see that at natural reefs,” Love told BBC Future.

In 2014, Hazelwood and Sparks formed Blue Latitudes in California to educate oil companies and governments worldwide about the benefits of rigs and convince them to create permanent reefs.

“We’re trying to help the general public understand that conservation isn’t always just about saving the whales,” Sparks told BBC Future. “There are other ways we can look at complex ideas in our oceans, such as repurposing manmade structures like artificial reefs.”

From Thailand to West Africa, the duo has reefed rigs, saving more than a dozen large marine ecosystems. 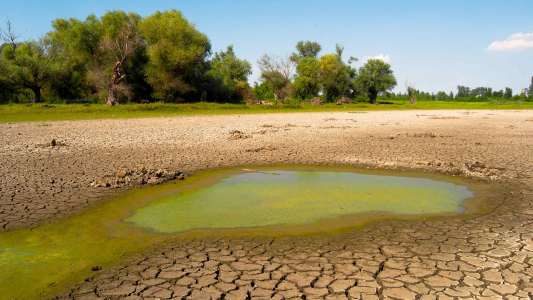 Scientists predict that the western U.S. is entering the most severe “megadrought” on record. One weather modification solution is cloud seeding.

Climate Crisis
Can weather modification save us from megadroughts?
Subscribe to Freethink for more great stories
Subscription Center
Sections
Video
Freethink
Subscribe
We focus on solutions: the smartest people, the biggest ideas, and the most ground breaking technology shaping our future.
Subscribe