The mission, carried out aboard the Falkor, the Schmidt Ocean Institute’s research vessel, used a remote operated vehicle (ROV) to take high-resolution video — which was live streamed — over 5,900 feet beneath the Pacific.

Footage in hand, the multidisciplinary team scanned for insights into the deep reef’s ecosystem, geological origins, and deep sea creatures.

“This included the most comprehensive midwater robotic dive survey series to ever have been conducted in the South Pacific,” expedition lead Dr. Brendan Brooke of Geoscience Australia said in a press release.

“Research vessel Falkor has integrated a range of technologies that have allowed us to work across the full range of ocean depths in the Coral Sea and to provide data for multiple disciplines including geology, biology, and oceanography.”

Below, they spotted five undescribed species of deep sea creatures — black corals and cones. The prismatic ambush predator Rhinopias agroliba — described by the Institute’s press release as “extremely rare” — also made an appearance, the first time it has been seen in Australia. The tangerine fish used its pectoral fins to “walk” across the sea bed.

A bit less exciting than new and exotic deep sea creatures, but no less important, the expedition also took deep samples of corals and collected the first sample of the Great Barrier Reef’s ancient bedrock foundation — believed to be between 40 and 50 million years old.

And, y’know, since the Falkor was already out there finding deep sea creatures and yoinking ancient rock samples, they also mapped roughly 38,000 square kilometers of the seafloor — an area three times the size of Sydney.

“These maps, samples, and images are fascinating and provide a new understanding of the geological diversity and biological wealth of a region that is already world-renowned for its natural beauty,” Dr. Jyotika Virmani, executive director of Schmidt Ocean Institute, said in the release.

“The data will help marine park managers to protect these ecosystems that are so vital for our global biodiversity and human health.” 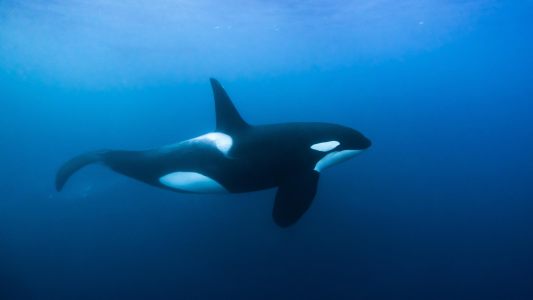 Google introduced an artificial neural network that can locate whales in the ocean. They want to use it to keep the animals safe from ships.

Oceans
Google built a neural network to warn ships of whales. will it help?
Subscribe to Freethink for more great stories
Subscription Center
Sections
Video
Freethink
Subscribe
We focus on solutions: the smartest people, the biggest ideas, and the most ground breaking technology shaping our future.
Subscribe