German automaker Volkswagen (VW) has finally unveiled a production-ready version of its all-electric ID. Buzz — a modern take on the iconic hippie-era Microbus.

The taste: The ID. Buzz debuted as a concept vehicle at the ​​Detroit Auto Show in January 2017. It soon won several “Concept of the Year” awards, and based on that buzz (…I’m sorry) and demand from the public, VW decided to build a production version of the EV.

“[W]e received a large number of letters and emails from customers who said, ‘please build this car’,” Volkswagen CEO Dr Herbert Diess said in August 2017. “The Microbus has long been part of the California lifestyle. Now we’re bringing it back by reinventing it as an electric vehicle.”

The wait: It took nearly five years, but on March 9, VW held a virtual event during which it finally announced plans to start selling the ID. Buzz in Europe in 2022 and the U.S. in 2024. A commercial version — the ID. Buzz Cargo — will go on sale in those locations at the time.

VW also shared details on the European version of the ID. Buzz, revealing that it will have a top speed of 90 mph and a battery that’s mounted in the floor — it didn’t share a range for that battery, but based on the released specs, the Verge is predicting about 300 miles per charge.

The U.S. version of the ID. Buzz will have a longer wheelbase than the European model, as well as other variations that VW plans to announce in 2023. No word yet on what any of the models will cost.

The big picture: Passenger vehicles are a significant source of greenhouse gas emissions. That makes enticing drivers to trade in their fossil fuel-powered vehicles for electric ones an important part of the battle against climate change.

People who prefer larger vehicles — SUV, trucks, minivans — don’t have nearly as many EV options as those who drive cars, because EVs tend to be heavier. The addition of a unique vehicle like the ID. Buzz to the market could encourage some who were deterred by the lack of variety to make the switch to an EV. 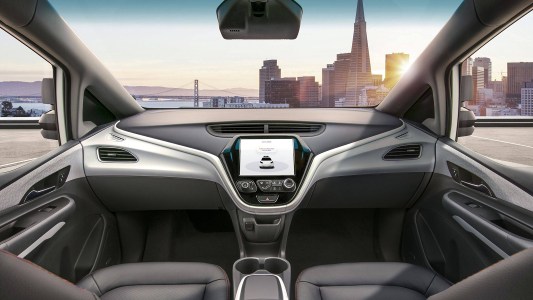 Driverless cars no longer need to have manual controls, according to the National Highway Traffic Safety Administration’s safety standards.

Transportation
Steering wheels now optional for driverless cars in US
Subscribe to Freethink for more great stories
Subscription Center
Sections
Video
Freethink
Subscribe
We focus on solutions: the smartest people, the biggest ideas, and the most ground breaking technology shaping our future.
Subscribe