You know when you’re flying and the flight’s full — or it’s a small jet, going to someplace like Buffalo — and they’re worried about overhead bin space and ask for volunteers to check their bags?

If you do, they’ll ask you to remove things like smartphones, laptops, or backup batteries from “smart bags.”

The problem stems from a key component called the battery electrolyte. (That’s right, electrolytes are not just for Gatorade commercials.) A battery’s electrolyte plays a crucial role in its operation, separating the two electrodes while moving lithium ions between them.

While ubiquitous and effective, lithium-ion batteries have a couple problems — not the least of which is a propensity to catch fire when exposed to high heat.

“One of the biggest challenges in the battery industry is this safety issue, so there’s a lot of effort going into trying to make a battery electrolyte that is safe,” Stanford grad student Rachel Z Huang said.

In a bid to reduce that danger, researchers at Stanford have developed a new lithium-ion battery electrolyte that makes it resistant to heat. Their material, published in Matter, can withstand temperatures of up to 100 C (roughly 212 F), compared to a conventional li-ion battery’s danger threshold of just 140 F.

Getting salty: Typically, a li-ion battery electrolyte is made from lithium salt dissolved into an organic liquid. When exposed to high temperatures, this liquid turns into a gas, making swollen batteries gravid with danger; when that gas catches fire, your battery becomes a mini bonfire. (Or, in the case of some car batteries, a not-so-mini one.)

Researchers have developed multiple kinds of nonflammable battery electrolytes, including polymer electrolytes, which replace the salty solution with a polymer matrix. And while these are safer, polymer battery electrolytes have their own main issue: they underperform compared to traditional ones, as Interesting Engineering pointed out.

To create a battery electrolyte with a better safety profile and performance, Huang tweaked the recipe, jacking up the lithium salt content from less than 50% to over 63%.

“I just wanted to see how much I could add and test the limit,” Huang, the study’s first author, said.

By mixing a lithium salt called LiFSI and — paradoxically — flammable solvent molecules into a polymer battery electrolyte developed by Stanford postdoc and co-first author Jian-Cheng Lai, they were able to harness the best of both compounds.

The flammable (or inflammable) solvent molecules maintain the performance level, while the extra salt helps keep them stable in the heat.

“This electrolyte is important for developing future batteries that are both high energy density and safe.”

Gooey-s and EVs: Importantly, the product, called the Solvent-Anchored non-Flammable Electrolyte (SAFE), is a gooey battery electrolyte, just like the more flammable ones currently in use. This means it could theoretically be adopted into current commercially available li-ion batteries without needing tricky adaptation.

“With SAFE there’s no need to change any of the manufacturing setup,” Huang said, although admittedly it will need some optimization.

The team sees electric vehicles as a possible SAFE use-case. Multiple li-ion batteries in close proximity to each other can heat one another up, potentially with explosive results; but using SAFE could also allow for more batteries to be packed together, extending an EV’s range and life.

“So it’s not just a safety benefit,” Huang said. 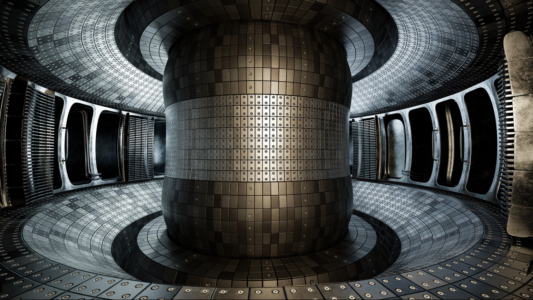