While researchers have known for a while that oxybenzone, an organic ingredient in sunscreen, can damage coral reefs, the exact mechanism behind how oxybenzone kills coral was unknown.

Stanford civil and environmental engineering professor William Mitch began to puzzle over this problem when he learned that Hawaii had banned common sunscreens to save its reefs.

Their study, published in the top-tier journal Science, found that oxybenzone only kills sea anemones and mushroom corals when they’re exposed to the wavelengths in sunlight. Without the sun’s rays, the sea creatures would stay healthy.

Researchers have known that oxybenzone, an organic ingredient in sunscreen, can damage coral reefs, but exactly how has been unknown.

“It was strange to see that oxybenzone made sunlight toxic for corals – the opposite of what it is supposed to do,” Mitch said in a statement.

Knowing why topical sunscreens are dangerous to marine life will help researchers design a better reef safe sunscreen. There are a lot of sunblocks branded as “reef safe,” but the science to back that up is still murky, according to Consumer Reports.

“In environmental science, as in medicine, a sound understanding of basic mechanisms should provide the best guidance for the development of practical solutions,” Pringle, a professor of genetics at the Stanford School of Medicine, said.

Bleached by the toxic sun: Coral reefs are under anthropogenic assault.

Rising sea temperatures driven by climate change, nutrient runoff from human agriculture, and overfishing are all taking a toll, Colleen M. Hansel, senior scientist in marine chemistry at Woods Hole Oceanographic Institute, wrote in a commentary about the Stanford study.

But the most unfortunate of all may be the chemical compounds in thousands of commonly used sunscreens, which wash off of us as we swim, dive, and surf near the reefs.

According to NOAA, those chemicals can harm sea life across the marine ecosystem, including interfering with algae growth and photosynthesis, deforming baby sea urchins and mussels, lowering fish fertility and causing males to show female characteristics, and being absorbed up the food chain by dolphins and then passed down to their calves.

The chemicals can also cause coral bleaching, a phenomenon where coral expel the symbiotic algae that live on them and provide food and color, leaving starving, ghostly skeletons behind, which also become susceptible to disease.

Not so radical, dude: Ultraviolet (UV) rays in sunlight are a major health risk: they penetrate easily through skin cells, damaging DNA and increasing the risk of skin cancer.

Oxybenzone in sunscreen works by absorbing UV light from the sun and radiating it away as heat, protecting your skin.

“The compound is good at absorbing light within the waveband we tested, which is why it’s so common in sunscreens,” Mitch said.

But when the anemones and mushroom corals are exposed to both oxybenzone and UV light, they metabolize the chemical in a way that turns it into a “potent photosensitizer,” the researchers wrote in their paper.

This caused damaging radicals to form, which were toxic to the marine creatures.

The team also found that the coral’s symbiotic algae help protect them by absorbing the toxins produced by the metabolized oxybenzone. This means that already bleached corals, which lack the protective algae, may be even more susceptible to sunscreen damage.

Protecting the reef: While the team may have revealed how one particular compound can kill coral, it did not prove that metal-based reef safe sunscreen doesn’t cause any collateral damage of its own.

How the various chemicals in sunscreens and other topical products impact the ocean is still poorly understood, so what makes a “reef safe” sunscreen isn’t well defined. Researchers at the National Academy of Sciences are conducting a large environmental impact study of commercial sunscreens, with the results expected later in 2022.

“I hope that our research will help the development of sunscreens that are less likely to harm reefs.”

In the meantime, NOAA recommends using sunscreens without organic compounds, shade providers like hats and umbrellas, and UV-blocking sun shirts and leggings to help cut down on the amount of sunscreen you use.

As ecotourism causes the number of visitors to reefs to rise, these steps may be crucial to ensure there is still something underwater worth seeing. “It would be a sad irony if ecotourism aimed at protecting coral reefs were actually exacerbating their decline,” PhD student Vuckovic, the study’s lead author, said.

“I hope that our research will help the development of sunscreens that are less likely to harm reefs.” 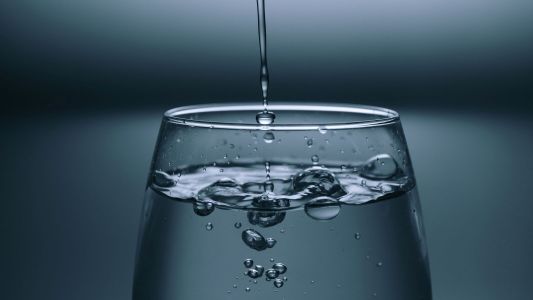 A new portable unit from MIT researchers could make it much easier to remove salt from water to create drinking water.

Oceans
A new device can make drinking water from seawater at the push of a button
Subscribe to Freethink for more great stories
Subscription Center
Sections
Video
Freethink
Subscribe
We focus on solutions: the smartest people, the biggest ideas, and the most ground breaking technology shaping our future.
Subscribe