“Spaceship Earth” is taking on a new meaning. An astrophysicist at Illinois State University has proposed a “stellar engine,” which could harness the power of the sun to drag our solar system to someplace else in the galaxy.

Matt Caplan was commissioned by the educational YouTube channel Kurzgesagt to design an engine that could move the Earth. The driver would steer our planet away from a supernova (an exploding star) or toward a habitable planet before humanity is destroyed. It turns out, the best way to move the Earth is by moving the sun.

A scientist named Lenoid Shkadov was among the first to propose the idea of moving a star like our sun. He suggested building a giant mirror to reflect solar radiation back toward the sun, pushing it along like rocket fuel pushes along a spaceship. A perfectly calibrated balancing act between the sun’s gravity (pulling the mirror in) and its radiation (pushing the mirror away) keeps the mirror from colliding with the sun.

This became known as a Shkadov Thruster. The solar system is bound to the sun by gravity. Move the sun, and all the planets, including Earth, would hitchhike along for the ride.

But Caplan decided the Shkadov Thruster wasn’t fast enough to escape a nearby supernova. So he designed an engine to use the sun as a power plant to fuel a thermonuclear reactor.

The solar system is bound to the sun by gravity. Move the sun, and all the planets, including Earth, would hitchhike along for the ride.

The idea of harnessing the sun’s power isn’t new. We use photovoltaics to harness light energy, and solar heat to drive thermal engines. But if collecting the sun’s energy in a dramatically large-scale manner seems like a work of science fiction, well, it is. In a 1937 novel titled Star Maker, Olaf Stapledon first imagined surrounding the solar system with light traps, which “focused the escaping solar energy for intelligent use.” Two decades later, Freeman Dyson formalized the idea in a scientific paper, suggesting a giant web of solar collectors that is twice as wide as the distance between the Sun and the Earth. The theoretical megastructures that capture the star’s energy became known as Dyson Spheres.

Caplan’s idea builds on the wild ideas of these previous energy-harnessing constructions. His engine, called the Caplan Thruster, is essentially a giant jet engine alongside the sun, which pushes the sun forward like a tugboat pushing a barge. On a basic level, it feeds off the sun’s solar wind. But that didn’t provide enough fuel. Caplan added a Dyson sphere to collect even more matter (hydrogen and helium) from the solar wind and redirect it toward the engine, powering nuclear fusion.

The jet engine blasts exhaust away from the sun, propelling the engine  forward, toward the sun. To stop the engine from crashing into the sun, it shoots an opposing jet ahead, pushing the sun along. It would take billions of tons of the sun’s material to fuel the engine, though that is only like a drop of water on the sun’s surface.

“With a Dyson sphere and stellar engine, this is all very conventional physics. We’re sure this physics is right. Because it is basically Newton. Isaac Newton would have understood this paper,” says Jason Wright, an astrophysicist at Pennsylvania State University.

With a jet engine moving the sun, it still would take a million years to cruise away from a supernova. But given the size of the galaxy, we might have ample warning.

Escaping collisions isn’t the only reason to build a stellar engine. Before the death of our sun, earthlings could drive our planet towards another solar system to colonize it. Steering Earth against the flow of traffic in the Milky Way opens up more opportunities for settling other planets.

Here is why: The stars in our galaxy, including our sun, orbit the center of the Milky Way traveling in the same direction. They are like a group of people in a protest march circling a city block. But if one person stopped or marched in the other direction, they would encounter more people as the group moved past them. The same is true for the stars. Going retrograde in the Milky Way would give earthlings more opportunities to come across other solar systems and colonize new worlds.

“We don’t have to make a lifeboat for a few elites. We could take the entire solar system,” says Richard Cathcart, geographer and macro-engineer, who introduced the concept of stellar engines with his partner Viroel Badescu, a mechanical engineer at the Polytechnic University of Bucharest.

Cathcart says that building an engine like this would require people to think far in advance because it would take 20 to 25 million years to build and then move our solar system. But we have plenty of time — the death of our sun is likely billions of years in the future.

Look For an Advanced Civilization

One way to detect life on other planets is by looking for signs of extreme technology, like unlikely star movements. It might be an advanced civilization pushing their sun around like a tugboat pushing a barge.

“If these things really are possible, some other civilization might have built them. This would give us an observational motivation to look for Dyson spheres and the kind of signatures that would tell us that there’s other very technologically advanced civilizations out there in the galaxy,” says Caplan. “One of the really big open questions right now is, ‘Are we alone?'”

The galaxy is billions of years old. But our technology has only been developing for a fraction of the time: tens of thousands of years. If life exists in other solar systems, it could be far more technologically advanced than humans on earth. With a million years head start, maybe their intelligence evolved enough to create something as sophisticated as a stellar engine.

When the Search for Extraterrestrial Intelligence (SETI) looks for life in the cosmos, they look for things that support biology (water, atmospheric conditions, microbes), as well as techno signatures of advanced intelligence. Technology might be the most obvious sign of life. So, a star moving backward could raise eyebrows. Maybe it is moving that way because of an advanced civilization.

“We expect any technology out there to be vastly older than ours. When you’re that old, you have a lot of time to do stuff. You’ve got 10 million years to accelerate your star and a million years to build an engine,” says Wright.

If extraterrestrial intelligence is far more advanced than us — advanced enough to move stars — why haven’t they built a time machine to warn us of future catastrophes?

“Unlike a Dyson sphere, we don’t have good reason to think time travel is possible,” says Wright. “When you talk about time travel, what you are hypothesizing is that the laws of physics as we know them are wrong and that there is a better physics we haven’t found yet,” says Wright.

“We’re sure this physics is right. Because it is basically Newton. Isaac Newton would have understood this paper.”

While most stars move in the same direction in the Milky Way, there are a few exceptions, like halo stars, which move at crazy speeds having been flung from the center of a black hole. But halo stars are rare. So, Caplan hopes to work with observational astronomers to look at stars orbiting backward and stars with very metal-rich spectra — good candidates to look for these machines. “I can’t say I’m optimistic that we’re going to find anything, but I think that’s the point of science. You always have to check,” he says.

Is it possible for humans to move the sun, really?

To build a stellar engine and move the earth would take eons of foresight. But humans on earth are still debating on the best way to plan for the next generation. Even so, it can’t be dismissed altogether.

“If you talked to people 2,000 or 4,000 years ago about fleets of satellites in geosynchronous orbit — or altering the earth’s atmosphere so profoundly the whole climate changed — if you talked about completely redirecting rivers, drying up whole lakes, running out of oil — this would just be unfathomably huge amounts of engineering. But it only took us hundreds of years, or with the satellites, it took decades to do it. Give us a billion years, maybe it’s not so crazy,” says Wright. 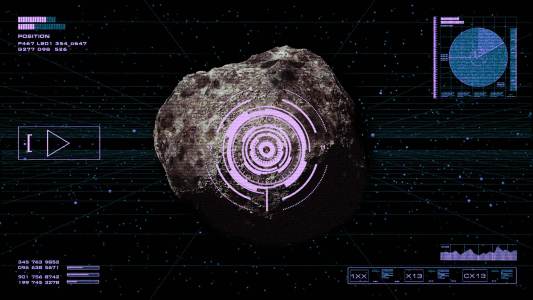 In 2013, a small meteor exploded above Chelyabinsk, Russia that sent over 1,200 people to the hospital. Now, NASA has plans to detect Earth-bound asteroids and defend the planet from another large-scale catastrophe.

Series | Guardians of the Apocalypse
NASA’s plan to stop an asteroid headed for Earth8:02
Subscribe to Freethink for more great stories
Subscription Center
Sections
Video
Freethink
Subscribe
We focus on solutions: the smartest people, the biggest ideas, and the most ground breaking technology shaping our future.
Subscribe