CalWave’s x1 pilot device was deployed on a Department of Energy contract in the Pacific in September 2021. The at-sea test sought to demonstrate the xWave technology’s potential as a cost-effective and sustainable way to generate energy in what is a notoriously difficult operating environment: the open sea.

According to CalWave, the x1 worked properly for 99% of its deployment, being run autonomously by its onboard controller for 80% of the time. Power and data generated was piped to the Scripps Institute of Oceanography research pier in La Jolla — although we don’t know how much power that was, as New Atlas’ Loz Blain pointed out.

The x1, which looks in photos to be about the size of a quarry diving platform, successfully shut down during two storms, including 15-foot swells, Blain reported, and had its mission extended from six months to ten in light of its reliability.

And that reliability is going to be key if wave energy is ever going to catch on.

The breaks: The sea is an aggressive place, where the same relentless motion that wave generators are trying to harness also incessantly beats against all intruders, while corrosive salt water eats materials away.

And beyond just surviving, it’s difficult to turn the motion of the waves into usable energy, despite their frequency and power.

″Winds and currents, they go in one direction. It’s very easy to spin a turbine or a windmill when you’ve got linear movement,” Burke Hales, an oceanography professor at Oregon State University and the chief scientist at DoE funded wave energy testing ground PacWave, told CNBC.

“The waves really aren’t linear. They’re oscillating. And so we have to be able to turn this oscillatory energy into some sort of catchable form.”

The sea is an aggressive place, where the same relentless motion that wave generators are trying to harness also incessantly beats against all intruders, while corrosive salt water eats materials away.

There’s big potential if engineers can get it right, however. The US Energy Information Administration estimates that waves off the States have a theoretical potential energy equivalent to 2.64 trillion kilowatthours per year, roughly 64% of what the US produced on a utility scale in 2021. (But even if wave energy works in practice, don’t expect every beach or shoreline to be lined with generators.)

CalWave’s being a bit coy with explaining how xWave captures that energy, New Atlas’ Blain reported, but some basic information is known.

The xWave platform is tethered to the ocean floor and operated completely underwater, to help protect it from the rougher action of the surface. As the device moves with the waves, dampers inside it turn that motion into torque into energy, CNBC reported.

“And so the waves move the system up and down. And every time it moves down, we can generate power, and then the waves bring it back up,” CalWave co-founder and CEO  Marcus Lehmann told CNBC. “And so that oscillating motion, we can turn into electricity just like a wind turbine.”

What’s next: With their trial complete, CalWave will next test their tech at PacWave, a large, DoE funded wave energy test facility off the coast of Oregon. PacWave will be the country’s first full-sized and grid connected facility when it begins operations in the next few years.

“PacWave really represents for us an opportunity to address one of the most critical barriers to enabling wave energy, and that’s getting devices into the open ocean,” Jennifer Garson, director of the DoE’s Water Power Technologies Office, told CNBC.

After receiving a $7.5 million grant from DoE for the project, CalWave will be building a 100kw version of the xWave for a two-year trial at PacWave, the company said. 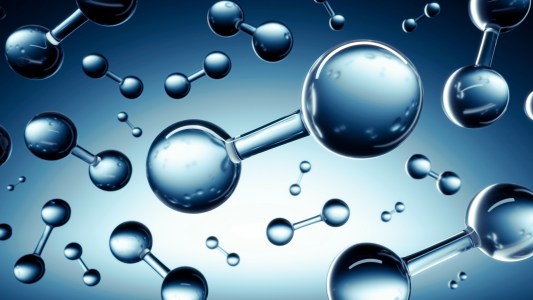 Researchers have created a solar-powered device that can pull water from the air to create hydrogen.

Clean Energy
New solar device can pull hydrogen straight from the air
By B. David Zarley
Subscribe to Freethink for more great stories
Subscription Center
Sections
Video
Freethink
Subscribe
We focus on solutions: the smartest people, the biggest ideas, and the most ground breaking technology shaping our future.
Subscribe