He went from poverty to CEO, and is now an expert at fostering empathy in the workplace.

Watch on YouTube
In partnership with Conscious Capitalism
Up Next
Now Playing
Engineering the impossible: The future of military tech
5:37 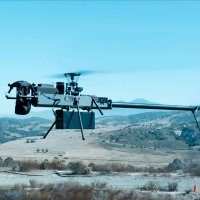 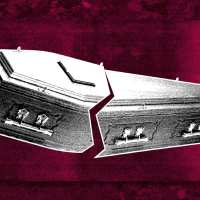 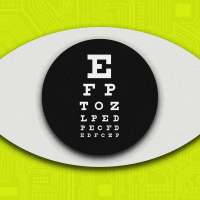 In an increasingly competitive corporate world that so often prioritizes profits over people, one CEO is flipping the script and calling attention to the importance of empathy in the workplace.

JeVon McCormick is no stranger to adversity. His father was a drug dealer and his mother, an orphan who became a single mother. After several stints in the juvenile justice system and barely graduating high school, McCormick didn’t give up but instead, focused on developing a career for himself.

The now CEO of a multimillion-dollar company, Scribe, rose above a history of abuse, racism, and poverty to become an unwavering example of perseverance. His recently released book, I Got There, details these experiences while motivating readers to overcome difficult circumstances and inspiring them to realize their potential.

McCormick has become a business leader who realizes that when most people step into the office, they feel forced to put on a veneer of professionalism despite having familial, financial, and other pressing matters in their lives. He wants to get rid of this corporate sense of “duty over self.”

While many business leaders might claim to have a people-first company culture, this CEO truly puts the methodology into practice with innovative policies that ultimately make business flourish. His work at Scribe has proven that a culture which puts people over profits doesn’t mean yielding revenue; in fact, it’s quite the opposite.

Creating Empathy in the Workplace

With so many losing employment, facing compensation reductions, or living in fear of both, the COVID-19 pandemic has placed additional stress on employees across the nation. Recent surveys show that nearly 25% of Americans have absolutely no emergency savings, and more than one-third of Americans would be unable to come up with a spare $500 without selling personal belongings or taking out a loan.

Having grown up in the welfare system, McCormick is all too familiar with the effects of financial stressors like these, so he created an emergency fund that’s available to any employee in need. “If someone has an emergency, no questions asked, they can receive $1,500 and they can make monthly payments interest-free,” he explains.

During these uncertain times, most companies are focusing their efforts solely on protecting the bottom line, but Scribe is also prioritizing fostering a sense of empathy in the workplace. “We have single parents. We have people who have a lot of student debt. Emergencies happen,” McCormick describes. “We want to help the whole self, not just the work self.”

This holistic approach to employee wellness makes team members feel respected and valued, and it naturally increases their commitment to their employer. Employees don’t feel as if they’re simply punching a time clock, but more like they’re part of a community.

Instead of bosses overseeing direct reports, Scribe is led by “direct supports.” The company’s culture handbook is also a public-facing document. McCormick finds this transparency and support translate directly into better working relationships, ultimately resulting in a more successful and healthy company.

“My belief is, if you are the CEO, your role is to serve and support those individuals you work with,” McCormick says. His management style is an excellent example of Robert K. Greenleaf’s servant leadership philosophy.

A “servant leader” is one who focuses first on the well-being and growth of those within the group they supervise, putting their needs first and empowering them to maximize their potential. Servant leaders are committed to the overall happiness of their team. They recognize that this commitment is an investment in employees that can pay huge dividends.

Under this leadership model, individual team members are set up to thrive and the entire group is lifted by their collective progress. Employing servant leadership characteristics, CEOs, managers, and team leads encourage an increased sense of ownership among employees and a responsibility to see the company succeed.

In fact, surveys show that 77% of workers are willing to work more hours for a company that prioritizes empathy in the workplace, and 80% of millennials stated that they would leave their job if it became less empathetic.

It takes a very sincere and compassionate leader to recognize that they hold the power to improve employee morale and wellness, as well as profits. Scribe originated with the purpose of helping authors maximize the potential of their written work, but with how McCormick has elected to run the company, it also serves to maximize the potential of the ones who make that mission possible.

McCormick’s unconventional leadership style shows how instilling more empathy in the workplace allows for all members of a corporation, not just the corporation itself, to prosper.