Women are finally reinventing the speculum

This team is redesigning the vaginal speculum to improve the experience for everyone with a vagina.
Watch on YouTube
Up Next
Now Playing
The guardian angel for separated families
4:52 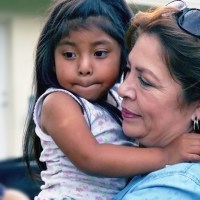 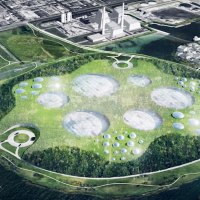 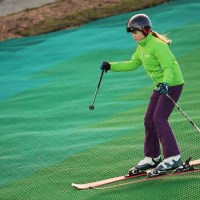 If you’ve ever gotten a pelvic exam, you’re all too familiar with the “scooch moment” and the eerie sound of snapping plastic. That dreaded sound comes from a long-standing tool known as the vaginal speculum.

What is a speculum? A speculum is a hinged device with metal or plastic prongs that’s used to separate and hold open the walls of the vagina. But on the surface, it looks like a mix between a can opener and a duck’s bill.

Most people on the exam table don’t realize that the device dates back to 79 A.D. (One version of the pelvic exam tool was found in the ruins of Pompeii). However, the creation of today’s vaginal speculum is widely attributed to an American physician named James Marion Sims, commonly referred to as “the father of gynecology.”

The Surprising Origins of the Vaginal Speculum

James Marion Sims came up with the idea for the speculum in Alabama in the 1840s, after he realized he could use the handle of a silver gravy spoon to spread apart the vagina of a female slave. That’s right.

It’s been recorded that Sims performed numerous medical experiments on slave women, often lasting for hours, without anesthesia. Once these experimental procedures were found effective, they would be performed on White patients.

Because of Sims’ questionable reputation, many are shocked to find that the tool he developed is still in use today.

What Everyone Should Know About Pelvic Exams

What happens during a pelvic exam has become a taboo subject. Over a thousand people search the internet for, “what is a pelvic exam?” every month. The simplest way to describe the procedure is that it’s an examination of the female pelvic organs that should be scheduled every few years, starting at the age of 21.

But pelvic exams are very different than a normal, routine checkup. A doctor has to thoroughly examine the reproductive organs, including the uterus and ovaries, for signs of cysts, sexually transmitted infections, and more.

Patients are given several minutes to change into a hospital gown before laying down on an exam table, spreading their legs open wide, and placing their feet in “stirrups.” Patients often say one of the most uncomfortable parts of the process is being asked to scoot to the very end of the table, until their backside is hanging off the edge.

Patients are advised to try to relax as much as possible during pelvic exams, but it’s often difficult to do so in this position. Once the patient is properly situated, a doctor physically examines both the outside and inside of the vagina for abnormalities. As part of the internal examination, the doctor will insert a speculum.

It’s important to note that speculums come in different sizes, such as the Pederson speculum with narrower blades and the larger-sized Graves speculum. Gynecologists choose the right size, depending on the patient, that will allow them to get the best view of the cervix.

Finally, the doctor collects a sample from the cervix that is necessary for a Pap smear test. Samples are sent to a lab for further examination, where they get checked for signs of cervical cancer and other infections.

A Long-Awaited Redesign, by Women, for Everyone

Pelvic exams are meant to be a normal part of taking care of your body, but for many people they’re an embarrassing and anxiety-inducing experience. The exams are so uncomfortable that many choose to skip them altogether, putting their health at risk.

Now, a group of designers led by women is reinventing the entire experience, starting with the nearly 200-year-old speculum. Designers Hailey Stewart and Sahana Kumar of Yona Care began this undertaking by first, researching the experiences of other women to uncover some universal pain points.

Stewart and Kumar strongly felt that empathy should be a key aspect of their design. So they conducted an exercise in which male designers personally read through firsthand accounts from women who have undergone a pelvic exam. This helped the designers gain an understanding of what it’s like to have a negative pelvic exam experience.

The process of redesigning the vaginal speculum brought together both industrial designers and mechanical engineers, but as the team began branding their project, they made a key realization – not everyone with a vagina identifies as a woman.

By redesigning the pelvic exam “for women,” they recognized that they had excluded the experiences of many people within the LGBTQ community. And some of these people had even worse experiences than the team had imagined.

Because testosterone therapy causes vaginal atrophy and dryness, pelvic exams can be even more painful for transgender patients. These vital insights urged the team to research the experiences of other populations that are outside the gender binary.

What was initially called the “Women’s Health Concept Project” evolved into “Yona Care,” and the team stopped using words such as “woman” or “she,” replacing them with phrases like, “Health for people with vaginas.”

The Speculum of the Future

During their next phase of development, Yona Care will continue to prototype the newest version of the pelvic exam tool.

Improvements already made include a three-leafed design that eliminates the need to open the speculum as wide, an angled handle so patients don’t have to hang off of the exam table, and a silicone material that reduces the coldness felt upon insertion.

The team’s efforts won’t end with the speculum either. They also have plans to tackle other painful pelvic exam causes, such as the stirrups and exam room itself.

Yona Care has a long way to go before their version of the vaginal speculum makes it into your neighborhood doctor’s office, but the improvements they’ve made to the tool thus far are a long-awaited step in the right direction.