The guardian angel for separated families 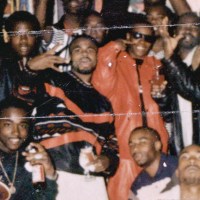 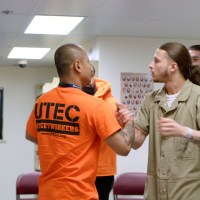 It’s estimated that there are 4.1 million American children with undocumented parents currently living in the United States. And if these parents get deported, they face a difficult choice – take their kids back to the country they fled, or leave them alone in the US.

As a result, thousands of children of undocumented immigrants are stranded every year when their parents are deported. That’s where Nora Sandigo steps in. An immigrant herself, she offers to be the legal guardian for any child who asks, and has done so for over 1500 children so that they aren’t sent to the foster care system, and likely lost to their families forever.

This is Nora’s story.

Immigration and our deportation process has dominated the news in recent years. Politicians argue about the border with little progress, people continue to come from Central America and Mexico into the United States without documentation, and the situation only gets messier.

Recently, family separation policies have divided parents and kids who came over the border to seek asylum or immigrate to the country. When footage of kids in cages and makeshift immigration detention centers hit the news, it caused a huge backlash.

However, there is an untold part of family separation that’s been going on for years. When undocumented parents living in America get deported, their U.S. citizen children are often left stranded. In some cases they are raised by extended family or friends, but often they often wind up in foster care and losing touch with their birth parents.

It was a story just like this that got Nora involved.

In 2009, two children showed up at Nora’s doorstep. They were her neighbor’s kids. They’d come home to discover that their father had been deported.

Before their deportation, the two children’s parents had told them to go to Nora’s home if anything should happen to them. And that’s exactly what the children had to do. Nora decided to take them in and she raised them as her own.

Nora Sandigo has been named “La Gran Madre” or “The Great Mother” and here is why.

In this video, we capture Nora meeting with a woman who believes she will be deported by Monday. While meeting with Nora, she signs a power of attorney, authorizing Nora to become her daughter’s legal guardian.

Ademir Monaro, the Facilities Director for the Nora Sandigo Children Foundation, is also there to help the family.

Ademir: How do you feel right now?

Ademir: Does it give you some comfort knowing that your daughter is protected?

Woman: Yes. Yes. I feel a bit better knowing that (Nora will) have the child.

Nora’s involvement doesn’t stop there. In Miami, where Nora lives, the need is so great that she is always on call for families who need counseling or services.

And Nora truly means “whatever they need.” Many of the families that Nora help live in extreme poverty, so she’ll even provide food when she can. Nora also spends a lot of time on the phone with detention centers, giving advice to teenagers and planning meetings with families.

Freethink Director: Would you ever turn a child away?

Nora runs the Nora Sandigo Children Foundation, a 501(c)(3) non-profit organization aiding at risk children in our communities. Nora and her organization regularly meet with undocumented parents who expects they may be deported at any moment.

Nora learned that most undocumented parents don’t have a plan for their kids in the event of sudden deportation. And that many are too fearful to ask authorities for guidance because of their status. And the kids are caught in the middle.

By accepting legal guardianship of their children, Nora ensures the kids will not disappear into the foster care system. Why does this matter so much? Once children are placed in foster care, deportees lose their parental rights, and the kids are placed up for adoption – likely never to be reunited with their family again. By giving Nora guardianship, she can make sure the children are placed with relatives in safe homes, where they can keep contact with their parents.

Most of the 1500 children for which Nora is the legal guardian don’t live with her. They live with relatives now or they’re all grown up. But she certainly stays connected.

Every two weeks Nora hosts an event to provide a safe and fun day for the families who often live in the shadows.

“We are not that poor to say that we are not able to help our brothers and sisters.”

One of the most important outcomes of Nora’s work is that it enables immigrant families to maintain contact with their children as they plead their cases and often times once they are deported. Nora stands as a reminder that no child – no matter their background or their family’s background – will be left alone.

If you’re interested in learning more about Nora’s work or want to know how you can make a donation, visit Nora Sandigo Children Foundation.

For more inspiring videos from the people making a difference in our world, visit our Culture and Society page.