Lithium-ion batteries are becoming our top mobile power-house — supplying energy to portable gadgets from laptops and cell phones to homes and electric vehicles (EVs). The growing usage of lithium-ion batteries, particularly in vehicles, is outpacing the technology to recycle them.

In 10 to 15 years, without efficient battery recycling, what will happen to all those spent EV batteries?

Researchers and innovators are scrambling to find an effective and eco-friendly technique to reduce a dead battery to its essential components to be used as building blocks for the next generation of batteries.

The toxic truth: EVs are more environmentally friendly than gas-powered vehicles, in general, but they still have a dark side. Those small energy boxes contain valuable minerals such as cobalt and lithium, which are generally mined and processed outside of the United States. There, local communities suffer the consequences from the invasive mining process. It damages landscapes and creates toxic water pollution.

Despite the environmental upsides to EVs (particularly, avoiding carbon emissions) the negative impacts of finding all the lithium necessary for a clean energy transition might become a big concern in and of itself.

“Recycling batteries is better than if we mine new materials and throw the batteries away.”

“One of the biggest environmental problems caused by our endless hunger for the latest and smartest devices is a growing mineral crisis, particularly those needed to make our batteries,” Christina Valimaki, an analyst at Elsevier, told Wired.

Why recycling is hard: Recycling old batteries into new ones would not only reduce the toxic e-waste dumped into landfills, it would also reduce the environmental impact of mining for new materials.

But unlike lead-acid batteries, which are frequently recycled, challenges to lithium battery recycling abound.

Lithium batteries in EVs are bigger and heavier than ordinary car batteries. They are complicated to disassemble because they are built up of hundreds of individual lithium-ion cells. They contain toxic metals such as copper and lead. And, if disassembled wrong, the batteries have a nasty habit of exploding.

“Currently, globally, it’s very hard to get detailed figures for what percentage of lithium-ion batteries are recycled, but the value everyone quotes is about 5%,”  Paul Anderson, the co-director of the Birmingham Centre for Strategic Elements and Critical Materials, told the BBC. “In some parts of the world it’s considerably less.”

A growing trend: Around a hundred businesses globally recycle lithium-ion batteries or expect to do so shortly, according to London-based Circular Energy Storage, a consultancy that follows the lithium-ion battery-recycling sector.

Companies include Li-Cycle in Canada, Stockholm-based Northvolt, Redwood Materials, and Norway’s Hydro. And, in North America alone, the lithium battery recycling industry is expected to expand from $257 million in 2020 to about $1.8 billion by 2025.

These businesses are attempting to automate the labor-intensive process of recycling, which typically involves burning the batteries or grinding them up and using solvents to recover some of the metals for the next generation.

But in order for it to work, the recycled batteries have to be more affordable than extracting new materials (and of similar quality).

“Recycling batteries is better than if we mine new materials and throw the batteries away,” Jeff Spangenberger, director of the ReCell Center, a research collaboration supported by the U.S. Department of Energy, told IEEE Spectrum. “But recycling companies have trouble making profits. We need to make it cost effective, so that people have an incentive to bring their batteries back.”

Are people buying it? Even though EV battery recycling is gaining traction, convincing carmakers to employ recycled components is proving difficult.

“In general, people’s impression is that recycled material is not as good as virgin material,” Yan Wang, a professor of mechanical engineering at Worcester Polytechnic Institute told IEEE Spectrum. “Battery companies still hesitate to use recycled material in their batteries.”

Wang and other researchers are working on creating direct recycling technology — which converts spent batteries into higher-value products, instead of downgraded batteries of lower quality. But Wang is strides ahead because of one secret ingredient: producing recycled cathode material, which could convince carmakers that recycled batteries are worthwhile.

Sparks of the future: According to Wang, the cathode — the terminal through which electric current flows — is where an EV battery’s true worth lies. Cathode materials are unique metal mixtures that are shaped into particles with precise sizes and shapes.

The technique developed by Wang and his colleagues involves extracting the materials that can be recycled, like steel casings, plastics, and copper wires from old batteries. Then they filter out the graphite, carbon, and impurities, and use a chemical method to combine the valuable nickel, manganese, and cobalt to generate new cathode powders.

He and his team recently published a study in the journal Joule showing that these recycled cathodes can be as good as new — they can even be better.

To bring them to market, Wang has also founded a startup, Battery Resources, using this patented recycling technique.

Other companies are following suit. ReCell, and the researchers at Michigan Technological University (MTU), recently announced that they have developed a process for separating valuable cathode materials, and detailed their work in the journal Energy Technology.

With the rising interest in battery recycling, we can expect more breakthroughs like these. It won’t be long before recycling EV batteries will be economical and straightforward — bringing us closer to a truly green energy transition. We’d love to hear from you! If you have a comment about this article or if you have a tip for a future Freethink story, please email us at [email protected]. 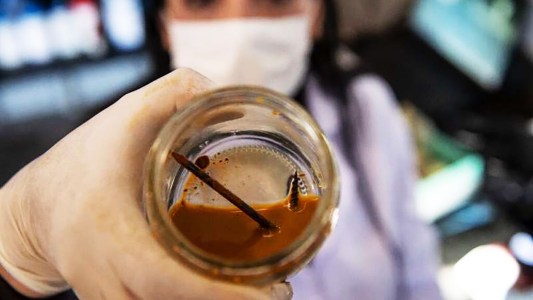