The further from land you are, the stronger the winds blow — the most powerful winds can be found over the deep, open ocean. Traditional wind turbines, even offshore turbines on the coast, can’t tap into this energy. However, floating wind turbines can — and they could be the next big thing in the green energy revolution.

What it is: Conventional offshore wind farms are located just barely off the coast. They sit on metal or concrete towers that must be drilled into the seabed, that’s why they’re called “fix bottom turbines.” They rarely go deeper than a few hundred feet into the ocean, which isn’t that far from shore.

However, floating wind turbines can be placed in the deep ocean because, well, they float. Or rather, they sit atop platforms that float. The platforms are tethered to the ocean floor so that the turbines don’t drift too much; and they can be assembled on land and then towed to their destination. This setup allows the turbine to operate on the open ocean, where there’s strong wind. Strong winds make the turbines spin faster, which means more power. The power is then transferred to land via undersea cables.

These floating turbines are an engineering wonder: in rough waters, the platforms must balance turbines 800 feet tall that have wingspans longer than large commercial jets.

This all sounds pretty simple, but these floating turbines are an engineering wonder: in rough waters, the platforms must balance 800 feet tall turbines that have wingspans longer than large commercial jets.

Why it matters: If the world has a shot at reaching net-zero greenhouse gas emissions by 2050, it’s estimated that we’ll need around 150 gigawatts of additional offshore wind energy capacity — that’s 25 times more capacity than we have today, according to the Information Technology & Innovation Foundation.

Placing floating wind farms in the deep ocean could help us reach our goal — the open ocean has stronger, more consistent winds because there’s nothing like hills, cliffs, or buildings that will slow it down.

The Norwegian oil company Equinor — ironically, oil companies are the best at building deep sea platforms — has plans to build a wind farm on South Korean waters, and Japan expects to start construction on one next year.

“Several countries have big offshore areas close to their population centres, but at depths that are simply too large for bottom-fixed turbines,” Henrik Steisdal, a Danish inventor working in floating wind innovation, told the BBC.

“In places like Korea, Taiwan, Japan and California, you can only manage a moderate amount of conventional offshore wind, or maybe even none at all, so floating turbines are the only option in the longer term.”

And California is stepping up to help achieve this goal.

The state has recently announced plans to dedicate parts of the West Coast to offshore floating wind farms — in Morro Bay and near the Oregon state line. The goal is to build enough floating turbines to have the capacity to produce 4.6 gigawatts of electricity by 2030.  That’s more than 100 times the current national output.

Northern California has very strong offshore winds — that, coupled with the fact that droughts and fires, and the shutting down of the state’s nuclear plants, have put enormous pressure on the state’s energy grid — makes floating wind farms an attractive option.

However, others say the technology is developing quickly and that, once developed, it’s a simple plug-and-play scenario, because a platform design can be used along hundreds of miles of coastline and not require much customization.

California’s goal is to build enough floating turbines to have the capacity to produce 4.6 gigawatts of electricity by 2030.  That’s more than 100 times the current national output.

“You can literally have one design of a support structure that will be the same for California, Oregon, and Washington,” Alla Weinstein, founder of Trident Winds, an offshore wind technology company, told The Atlantic.  “And maybe even Alaska.”

Another challenge is, ironically, environmental. In order for wind farms to generate profit, they need to be large; this means they require a lot of ocean space. Fisheries and whale migration routes may be affected by these farms, and any intrusion of wildlife habitats carries some risk to marine life.

As The Atlantic reports, wind farms slated for development off the coast of Rhode Island and Massachusetts overlap with the habitat of the North Atlantic right whale, an endangered species.

The U.S. recently approved its first big offshore wind farm — the Vineyard Wind project — to be built 35 miles from mainland Massachusetts. However, getting this approved was fraught with issues raised from local commercial fishermen, who feared the machinery would disrupt their livelihood. While many commercial fishermen recognize that wind power is a powerful tool in fighting climate change, they’re concerned that the tradeoffs — depletion of fisheries — aren’t being recognized. 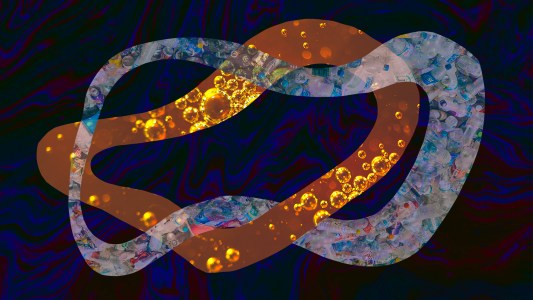 A chemicals and aircraft parts manufacturer has created a new method for converting low-grade plastic waste into oil, which they can turn into high-quality plastic.