If you thought the Florida Keys already had a mosquito problem, think again. Tens of thousands of genetically modified mosquitoes have recently been intentionally released throughout the region, and they are plans to release more — but they won’t bite (seriously).

The swarm aims to reduce the pesky mosquito problem, as well as preventing the spread of Zika in the U.S.

The problem: Mosquitoes are more than just buzzing nuisances. They carry diseases that can be very serious, like dengue, Zika, and yellow fever. The biggest offender is the Aedes aegypti. Only 4% of Florida’s mosquito population is this disease-carrying species. But they accounted for 70% of dengue fever cases in Key Largo last year, reports Gizmodo.

Insecticides are heavily used in the United States to manage insect pests. As a result, mosquitoes have evolved to be immune to insecticides. An alternative method of pest control is genetically modified mosquitoes.

“Unfortunately, we’re seeing our toolbox shrinking due to resistance,” said Andrea Leal, executive director of the Florida Keys Mosquito Control District (FKMCD), at a press conference last week, reports Nature. “That’s one of the reasons why we’re really looking at these new innovative tools and new ways to control this mosquito.”

The plan: The FKMCD has apparently thought this through. Even though this is the first time there will be genetically modified mosquitoes in the U.S. They have been field tested in the Cayman Islands, Panama, and Brazil, according to Nature.

They’ve partnered with Oxitec, a British biotech firm, to release 12,000 skeeters each week for the next 12 weeks, for a total of 144,000. Already workers have placed boxes of mosquito eggs on three of the Florida Keys. The eggs will hatch within a week.

The idea is that these genetically modified mosquitoes will curb the spread of diseases by decreasing populations of Aedes aegypti.

Only female mosquitoes bite and draw blood to help their eggs grow. So the genetically modified mosquitoes, called OX5034, are all males that have been modified to produce female offspring that don’t live past the larval stage. These mosquitoes will mate with wild Aedes aegypti females, but their offspring will die before they can reproduce, reducing the population as a whole.

In the next phase, Oxitec could release 1 billion of the modified insects in Florida and Texas in the next two years. They’ve been granted an Experimental Use Permit from the Environmental Protection Agency.

Challenges: If you think releasing billions of tiny pests sounds like a nightmare, you’re not alone. Many Florida residents have fought the project.

Since 2011, Oxitec has proposed releasing GM mosquitos in the Keys as an experiment, and the idea has been met with skepticism from locals and controversy among scientists. Some say the procedure is still too experimental.

“What’s the most upsetting is that the very people that are going to be most impacted, both by the benefits or the risks of such a decision, have like the smallest voice in how these choices are made,” Natalie Kofler, a molecular biologist and bioethicist who founded Editing Nature, told Undark. “I think that’s a really big issue for inclusive decision-making processes to steer” the use of genetic technology.

“If Oxitec doesn’t do this right,” she adds, “we could have a huge impact on delaying the use of other beneficial technologies like that in the future.” 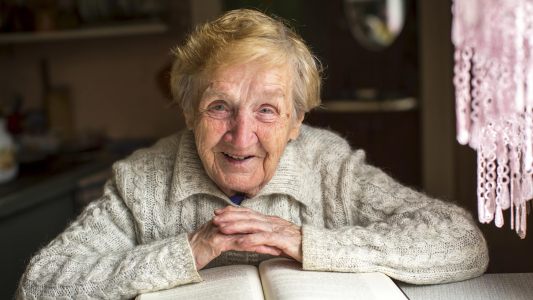 A human longevity study involving people over the age of 105 has found that genetic variants linked to DNA repair appear to contribute to a longer life.