Smartwatches have a reputation for losing battery power at the worst time — like in the middle of a jog. The all-day sync drains the power quickly.

But imagine being able to power up while you run: with a built-in, ultrathin solar panel, a Fitbit or any wearable device could keep a constant charge by just soaking up the sun.

“This would enable the integration of solar cells into everything.”

Stanford University researchers announced they had achieved record efficiencies in a promising class of new materials for solar cells — which can be thinner than a piece of paper.

According to the study published in the journal Nature Communications, it uses a new material called “transition metal dichalcogenides” (TMDs). Compared to other solar materials, they absorb incredibly high volumes of sunlight that reach their surface.

However, so far, previous studies show that TMDs haven’t been able to convert more than 2% of the sunlight they absorb into energy, compared to 30% in the typical solar panel, which is made of silicon.

The new Stanford prototype achieves 5.1 % power conversion efficiency, but the scientists believe that they may theoretically attain up to 27% efficiency with optical and electrical improvements. That would be comparable with today’s top solar panels, silicon included.

Thin is in: Slimming down is necessary if solar power wants to reach new devices. Panels made of silicon are far too stiff, heavy, and bulky for new applications that require flexible materials. Stanford’s new photovoltaic material is fifteen times thinner than paper.

Co-author Koosha Nassiri Nazif told Forbes that the materials are “great candidates for next-generation electronics and solar cells (photovoltaics). Chipmakers like Intel and the Taiwan Semiconductor Manufacturing Company are already considering TMDs for their future technology.”

The idea is that these thin, flexible panels could be used in a variety of mobile applications, including self-powered wearable gadgets and sensors, as well as giving a boost to lightweight airplanes and electric cars.

“Imagine an autonomous drone that powers itself with a solar array atop its wing that is 15 times thinner than a piece of paper,” Nazif said in a statement. “That is the promise of TMDs.”

Room for improvement: The ultra-thinness does come with engineering challenges, primarily in mass production. When transferring such an ultrathin layer of TMD to a flexible, supporting material, the TMD layer is frequently damaged — as you might expect with something flimsier than tissue paper.

But the team thinks it is possible to overcome these challenges. Should they succeed, it could change solar power as we know it.

“In simple terms, this would enable the integration of solar cells into everything – something that is not possible with the bulky, rigid silicon solar cells that currently constitute 95% of the solar cell market,” Nazif told Forbes. “This is why we aren’t seeing these applications for solar cells today; TMDs are going to change the landscape.” 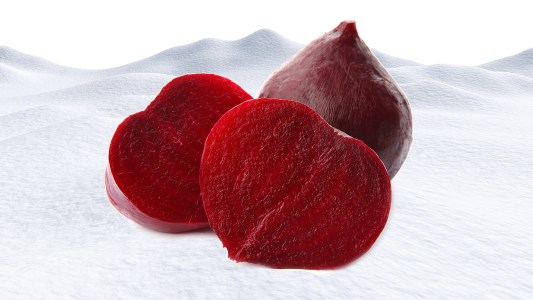 Cities across the U.S. are exploring less damaging rock salt alternatives — and beet juice is one of the most promising.

Transportation
Cities are using beets to deice streets this winter
Subscribe to Freethink for more great stories
Subscription Center
Challenges
Video
Freethink
Subscribe
We focus on solutions: the smartest people, the biggest ideas, and the most ground breaking technology shaping our future.
Subscribe