Researchers at the Korea Institute of Science and Technology (KIST) have developed a method for the urban mining of gold, removing the precious metal from e-waste.

Their method, published in the Chemical Engineering Journal, uses a capsule-like material which sops up the gold ions with a 99.9% recovery efficiency by trapping the ions inside the capsule.

“The material developed through this research solves the problems of conventional materials developed for the recovery of precious metals,” Jae Woo Choi and Kyung-Won Jung of KIST’s Center for Water Cycle Research said in a statement.

The material is easy to make at scale, the researchers said, so could be “immediately applied” to industrial processes — and could be used to recover precious metals from water, too.

Urban mining for metals: There is an ever-increasing demand for electronics made with rare metals, and harvesting them from sources like e-waste could be an economic and ecologically friendly alternative to conventional mining.

And there’s a lot of e-waste for urban mining. The UN estimates that the world produces 50 million tons of e-waste annually — weighing more than all the commercial jets ever made. (An admittedly odd, if striking, visualization.)

That e-waste can be harmful to the environment, according to William Alan Reinsch of the think tank Center for Strategic & International Studies. Toxic materials like lead and zinc can leach into the soil if in a landfill, or release toxins into the air when burned or treated with the usual chemical techniques for recovering silver and gold.

But there’s also potential in all that raw material: “The treasure is in our dumpsters,” Rice University chemist James Tour said when announcing his lab’s new urban mining method, which uses flash heating.

Going for gold: Over the past 50 years, gold has become an important material in the electronics industry.

But a growing demand for gold in batteries, renewable energy sources, and electric vehicles, among other fields, is complicated by gold’s scarcity and cost — which the authors believe makes it “vital to recover as much gold as possible” from the e-waste we will make.

Most of the current urban mining techniques for high purity involve massive amounts of heat and chemicals, making them environmentally unfriendly and inefficient.

Urban mining can help stabilize the availability of gold, but most of the current techniques for high purity involve massive amounts of heat and chemicals, making them environmentally unfriendly and inefficient.

The KIST team’s adsorption material utilizes cage-like “capsules” with multiple layers inside of them. The gold suspended in a solution can get inside the capsules, where the interior layer turns it into nanocrystals. The thin shell around the capsule helps keep the gold nanocrystals in, while keeping other compounds in the mixture out, making the method more efficient.

The team believes their material will serve as a basis for eco-friendly urban mining of metals from e-waste and scraps produced by industry in Korea.

Education
Winners announced: $50K Beautiful Minds competition on innovating higher ed
Each organization is helping people to prepare for and succeed in our fast-changing world. 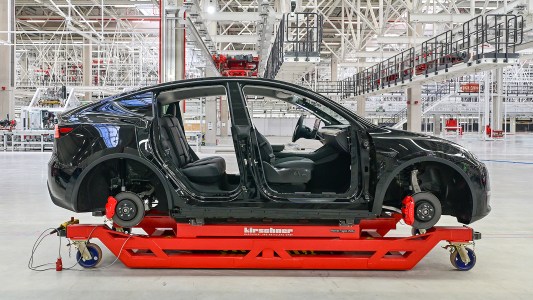 Researchers in the UK have identified a vulnerability in Bluetooth-based locks, including Kwikset smart locks and Teslas.