A fascinating new study has found that scientists can significantly improve your short-term memory by recording your brain patterns and playing them back to you. The team at Wake Forest and USC found that the “prosthetic” memory system can boost memory recall by 35% or more in epilepsy patients.

(Not Quite) Total Recall

The scientists used surgically implanted electrodes to record patients’ brain activity during a simple memory game. A pattern would flash on a computer screen, and, after a few moments, the subjects would try to pick it out from a lineup. Biomedical engineers then analyzed subjects’ neural patterns when they gave the right answer, attempting to identify a generic “brain code” for correct memory recall.

Patients then continued with the memory game, but this time scientists used the electrodes to “play back” the code into a part of the brain that records new memories. In those tests, the patients showed a 37% improvement in memory over their baseline performance.

“This is the first time scientists have been able to identify a patient’s own brain cell code or pattern for memory and, in essence, ‘write in’ that code to make existing memory work better, an important first step in potentially restoring memory loss,” said Dr. Robert Hampson, the study’s lead author.

The researchers also tried a more ambitious experiment with photographs. The same basic memory game was repeated with distinctive photographs, only this time looking for the precise brain codes for correctly recalling those particular images. After more than an hour delay, patients were asked to pick images they had seen before from a lineup. When the correct neural codes were played back to them, their memory improved by 35% over their baseline.

“We showed that we could tap into a patient’s own memory content, reinforce it and feed it back to the patient,” Hampson said. “Not as a replacement for innate memory function, but as a boost to it.”

Why It’s Important (Not Just Cool)

This experiment showed its possible for computers to break into the black box of memory formation and figure out how the neurons are supposed to work. Not only that, the study showed it’s possible to artificially stimulate the formation and recollection of “episodic” memories (like where you left your keys), which is the most common type of memory loss for people suffering from head injuries, Alzheimer’s, strokes, and seizures.

This was only a pilot study with eight patients, and we’re probably a long way from creating any kind of safe, practical prosthetic memory system. We’re certainly nowhere near Hampson’s dream of helping people “hold onto specific memories, such as where they live or what their grandkids look like, when their overall memory begins to fail.”

However, the results are promising and now that we know these sorts of enhancements are possible, scientists hope that with time and further research, that goal will someday be a reality.

Neuroscience
New study will put the leading theory about Alzheimer’s to the test
Washington University in St. Louis is embarking on a drug trial that may also put the amyloid hypothesis to its ultimate test.
Up Next 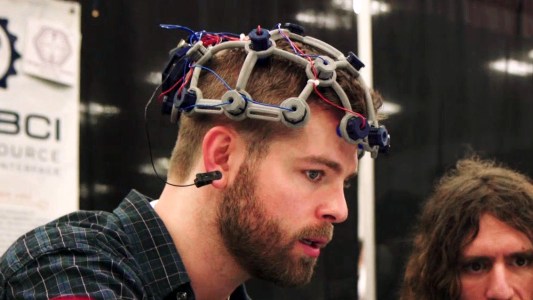 Could linking our brains to computers allow the mind to control the world outside of our bodies?

Brain
Conor Russomanno on exploring our limits1:28
Subscribe to Freethink for more great stories
Subscription Center
Sections
Video
Freethink
Subscribe
We focus on solutions: the smartest people, the biggest ideas, and the most ground breaking technology shaping our future.
Subscribe