The challenge: Bitcoin is a cryptocurrency, a digital form of money and a payment system. Crypto has several advantages over physical dollars and cents — it’s incredibly difficult to counterfeit, and transactions are more secure — but it also has a major downside.

Crypto transactions are recorded and new coins are added into circulation through a process called mining.

Most of that electricity is generated by carbon-emitting fossil fuels. As it stands, bitcoin mining produces an estimated 36.95 megatons of CO2 annually.

A world first: On June 9, El Salvador became the first nation to make bitcoin legal tender, meaning businesses have to accept it as payment and citizens can use it to pay taxes.

Geothermal electricity is produced by capturing heat from the Earth itself. In El Salvador, that heat comes from volcanoes, and an estimated two-thirds of their energy potential is currently untapped.

Why it matters: El Salvador’s decision to make bitcoin legal tender could be a win for both the crypto and the nation itself.

“(W)hat it does for bitcoin is further legitimizes its status as a potential reserve asset for sovereign and super sovereign entities,” Greg King, CEO of crypto asset management firm Osprey Funds, told CBS News of the legislation.

Meanwhile, El Salvador is one of the poorest nations in North America, and bitcoin miners — the people who own and operate the computers doing the mining — receive bitcoins as a reward for their efforts.

This is going to evolve fast!

If El Salvador begins operating bitcoin mining facilities powered by clean, cheap geothermal energy, it could become a global hub for mining — and receive a much-needed economic boost in the process.

The next steps: It remains to be seen whether Salvadorans will fully embrace bitcoin — which is notoriously volatile — or continue business-as-usual with the nation’s other legal tender, the U.S. dollar.

Only time will tell if Bukele’s plan for volcano-powered bitcoin mining facilities comes to fruition, too — but based on the speed of things so far, we won’t have to wait long to find out.

Less than three hours after tweeting about the idea, Bukele followed up with another tweet claiming that the nation’s geothermal energy company had already dug a new well and was designing a “mining hub” around it.

“This is going to evolve fast!” the president promised.

AR
AR’s first great use: never get lost again
The tech behind an AR shopping app helping grocery store customers find items could one day help you navigate airports, museums, and more.
Up Next 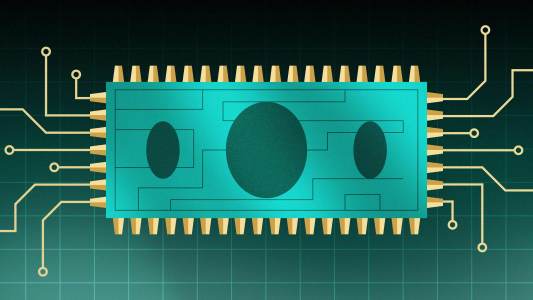 What role would a Fedcoin play in the evolving landscape of digital currency?

Blockchain
Stablecoins, CBDCs, and the future of money
Subscribe to Freethink for more great stories
Subscription Center
Sections
Video
Freethink
Subscribe
We focus on solutions: the smartest people, the biggest ideas, and the most ground breaking technology shaping our future.
Subscribe