In honor of Gucci’s 100th Anniversary, the iconic brand has launched Garden Archetypes, an immersive experience in Florence that recreates work from Creative Director Alessandro Michele’s most ambitious campaigns during his 6 years running the luxury fashion house.

While Florentines can take part in the immersive installation IRL, the rest of the world can access the event in a totally different way: through the virtual Gucci Garden experience in Roblox.

And this virtual space isn’t some throwaway gimmick — it offers a unique experience only possible through a digital platform — giving us some clues about fashion’s future in cyberspace.

Wait… Ro-what? Roblox is an online game platform where players can gather together, attend events, and play games within the game that are built by users. It’s a major name in the creator economy — after IPOing in April, the company is now valued over $40 billion.

Gucci has experimented with virtual offerings before, like $9-12 virtual sneakers that can only be “worn” on platforms like Roblox.

While many adults may be unfamiliar, the platform is wildly popular with young people; over half the kids in the U.S. are playing it, following a surge of growth during the pandemic.

Virtually there: In Roblox, users play as custom avatars. When they enter the Gucci Garden experience, though, these are replaced with neutral mannequins that don’t exhibit clear age or gender. As they progress through the Garden, these blank-slate avatars absorb different fragments from each room. By the end of the experience, they will have generated a one-of-a-kind avatar based on these different elements — completely adorned in Gucci-ness.

It’s a journey meant to symbolize Gucci’s vision of “archetypes,” but all affectation aside, this experience signals a shift in reality occurring right before our eyes.

Why this matters: Digital fashion has been on the rise for the past few years, but took off during the pandemic. Gucci has experimented with other virtual offerings since last year, such as $9-12 virtual sneakers that could only be “worn” on platforms like Roblox — or in real life through augmented reality (AR).

Other brands, like The Fabricant, have staked their claim in digital fashion’s future by only offering digital items.

You may be asking yourself why anybody would pay for clothes they can’t even wear, but according to The Fabricant’s CEO Kerry Murphy, digital fashion opens up avenues of expression not possible in the physical realm.

In fully virtual experiences, like Roblox’s Gucci Garden, this new aesthetic language is clearest in how avatars literally become fashion objects. But through visual effects, and ultimately AR, it is also becoming part of the real world.

With digital fashion, you can “wear” clothes that are made of fabrics that don’t exist, or that totally defy the laws of physics. Because the final output for this content will be social media platforms, it doesn’t actually matter if you’re wearing a piece of clothing when the photograph is taken — only that it is realistically applied to your photos and videos by the time they appear on Instagram.

AR filters already let us play with virtual aesthetics on our smartphones, and we’re approaching a future where we’ll all be doing this through lightweight AR glasses or even contact lenses. Imagine being able to don a unique outfit for every occasion, even multiple changes per day, without ever changing the clothes on your body.

Further down the line, when AR becomes even more ubiquitous, our virtual fashion choices might even be what people see instead of whatever we’re physically wearing.

Worlds collide: As more models and influencers make their way to virtual fashion, it’s also easy to imagine how the aesthetics and styles that gain popularity this way would circle back and impact IRL fashion.

In Roblox’s Gucci Garden, users have the option to buy limited-edition Roblox avatars and other virtual Gucci apparel created by longtime Roblox creator Rook Vanguard. This choice to work with a creator on the platform, rather than a traditional designer, is a powerful signal of things to come. These items may only be on Roblox right now, but as these new digital-native tastes grow in popularity, they very well could drive changes in people’s taste(s) IRL.

Brands like RTFKT (pronounced “artifact”), who have collaborated with the likes of Paris Hilton and Janet Jackson on NFT projects, are experimenting with digital fashion that dovetails with real-world items. In their latest project, the RTFKT Punks Project, owners of any CryptoPunk (a digital collectible) can redeem a pair of real-world sneakers, digital sneakers, and a 3D portrait of the respective punk (called a VXL Portrait).

Wearables
The future of clothing could save your life
Smart textiles may not be gaining ground with fitness gurus, but they are helping patients manage chronic conditions and preventatively monitor their health from home.

Fashion
Nike is betting you’ll want to wear Air Jordans in the metaverse
Nike is laying the groundwork to begin selling digital goods in the metaverse, joining what could soon be a multibillion dollar economy.

Coronavirus
New mask design from Beats by Dre designer 6:29
The designer of the original Beats by Dre headphones is working on a next-generation face mask that combines fashion and functionality. 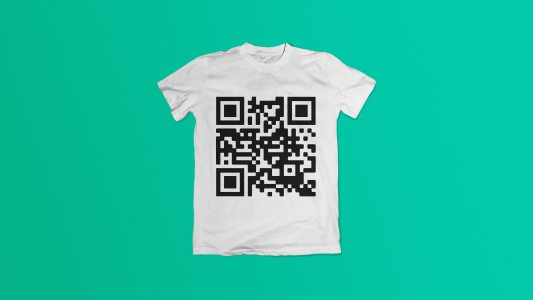 With RFID tags, clothing’s new “digital identity” could be the key to circularity in fashion.