A new niche in the effort to make aviation more sustainable may soon be cruising the beaches and surfer-bearing breaks off Hawaii.

“Seagliders” — electric planes that fly close to the surface of the water — could be connecting coastal communities in Hawaii by 2025 (if everything goes as planned, of course).

“The seaglider network gives us the ability to stand up a fast, convenient affordable transportation solution that will not require passengers to have to go to an airport,” Mokulele CEO Stan Little said in the statement.

“Just imagine going from Kona Harbor [on the Big Island] to downtown Honolulu [on Oahu] in less than 55 minutes door to door.”

The electric pelican: REGENT’s seagliders operate only above water, using three different forms, the company says: floating on its hull, using a hydrofoil to get lifted above the waves, or flying low using what is called the “wing in ground” effect.

By flying close to the water, the seaglider avails itself of a pocket of air between itself and the surface to cruise using less power than it would need for higher altitude flight, Flying Magazine explained.

Although there is a ¼ scale seaglider prototype for technical demonstration, the first full-scale prototyping isn’t expected until 2023 — so there’s a ways to go.

REGENT claims the Viceroy, their 12-passenger flagship seaglider, will have a range of 160 nautical miles with current battery technology, skimming 10-30 feet above the sea at 180mph.

It is more akin to driving a boat than a plane, REGENT CEO Billy Thalheimer told Axios.

That operating area is important. Thalheimer expects the Viceroy to be regulated under maritime authority, not aviation, he told Axios, making it far easier to commercialize than getting the FAA to approve a new category of aircraft.

The company expects to fly under Coast Guard jurisdiction, according to its website.

REGENT expects the Viceroy to be regulated under maritime authority, not aviation, making it far easier to commercialize than getting the FAA to approve a new category of aircraft.

A bigger seaglider — and challenges — on the horizon: In addition to partnering with Mokulele for the proposed 2025 route, REGENT’s got an investment from Hawaiian Airlines to help develop an even larger seaglider: the 100-passenger Monarch model, which the company hopes to have enter service by 2028.

In addition to getting their full-scale prototyping and sea trials off the ground (water?) by 2023, REGENT will have to make sure their seagliders can withstand the winds and famously large waves of the Hawaiian coast — surfing wasn’t born there because the breaks are gentle, after all — and there’s some concern about the craft’s ability to operate in inclement weather, Flying reported.

“Regent is taking into consideration all manner of wind, weather, and climate into the design, testing, and safety of our 12-passenger seaglider, Viceroy, and our next generation seaglider, the 50- to 100-passenger Monarch,” the company told Flying. 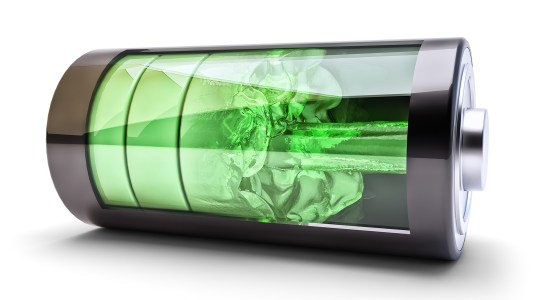 The world is overcoming the problem of renewable energy storage with batteries made of water, sand, and more.