Ford is designing the future of cars, starting with the purpose they serve when nobody’s driving.

Watch on YouTube
In partnership with Ford
Up Next
Now Playing
Can a connected city stop car crashes?
5:45 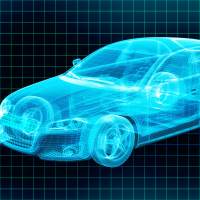 Now Playing
Is supersonic flight about to boom?
6:24 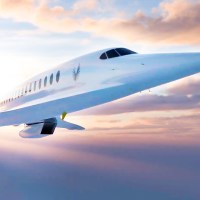 The technological revolution has helped make vehicles safer, smarter, and more enjoyable, but the future of cars holds potential for parked vehicles as well.

An innovative team at Ford Motor Company is seeking new ways to increase vehicles’ utility and societal impact. The leader of this team is Anthony Prozzi, a strategic designer at Ford in in Silicon Valley who envisions a future ripe with opportunity for vehicles outside of their obvious uses.

“When a vehicle is parked, it really doesn’t serve much purpose. It’s this lifeless creature that takes up space and takes up resources,” Prozzi describes. “We’re seeking to understand how our products can give back to streets in a 21st century way.”

Reimagining the Future of Cars

The nature of the automobile is constantly evolving to improve the driving experience, from upgrades like smartphone-like connectivity and enhanced power delivered simultaneously with increased efficiency. But an important question that’s not asked enough is: how can cars provide even more value to society than they already do? Some of Ford’s brightest minds are coming together to seek answers, and they’re reimagining the future of cars in the process.

Through intelligent design and advanced technology, Prozzi’s team is designing concepts where vehicles can serve a greater purpose than simply getting people from place to place. They believe that vehicles have the potential to serve as a source of intelligent communication and increased connectivity between drivers, pedestrians, and cities.

To test this theory, they created prototypes for a futuristic vehicle that functions as somewhat of a modern billboard. The team built a Ford Transit van which uses all of its glass surfaces to display messages — including important information such as safety warnings — to passers-by. These messages are specific to the time, location, and languages of the local population.

Prozzi explains, “We’re at the forefront of developing connected vehicles at the intersection of new technologies in the smart world. When you have all this intelligence and all of these ways that you can embed a sense of awareness to these objects, there is no reason why things should be inanimate any longer.”

In the initial experiment, the vehicle was parked at a train station where it displayed a timetable of train routes, a map of local businesses, and weather forecasts – proving that an automobile can be used as a tool for public good, even when it’s off.

Designing Cars for a Connected World

Rather than simply take up space, the parked vehicle gave travelers access to important information. What Ford’s futuristic car demonstrated was the ability to turn an inanimate object into one that could give back to its community.

It led the team to envision how this information hub might be of service during emergency scenarios. While hurricanes threaten seaboards and forest fires tear through communities, perhaps this new class of vehicles could provide an easy way for people to find life-saving information such as evacuation routes or refuge center locations.

What if cars themselves could help locate missing people, by disseminating vital information like Amber alerts to those around them? What if they could prevent accidents by delivering real-time safety warnings of hazardous road conditions? The possibilities and benefits of this new technology are limitless.

“For a long time, vehicles took away from streets,” Prozzi says, “and we’ve flipped that script.” While many auto manufacturers focus solely on how to improve their vehicles mechanically, Ford is taking it a step further and testing the limits of what a vehicle can accomplish societally. They’re experimenting with the notion that vehicles can serve multiple functions, both for those inside and out, as well as for the entire transportation system.

Humans have more access to technology today than ever before. Yet, when in our vehicles, we can become completely isolated and disconnected from those around us. Prozzi and his team at Ford hope to change that by building community and connectivity into the future of cars.

Over a century ago, Ford introduced the world to a new type of mobility which forever changed how society functioned. It has continued to build upon that legacy and is now, once again, designing new ways for humans to move and connect.