Skip to content
Transportation
Is supersonic flight about to boom?

Your flight time could be cut in half with this new supersonic jet.

Watch on YouTube
Up Next
Now Playing
A quiet revolution in trucking
3:05 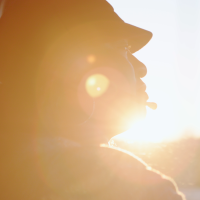 Concerns over the viability of supersonic flight have halted its progression for decades, but one company is using modern technology to develop a supersonic jet that could finally bring affordable and sustainable flight, faster than the speed of sound, to the masses.

The first supersonic aircraft was introduced nearly half a century ago, but outlandish operating expenses quickly outweighed its wow factor. Now, Boom Supersonic, a startup based out of Colorado, has solved these inefficiencies and designed a supersonic jet that might just become the commercial airliner of the future.

Flight of the Concorde

Supersonic flight first became a reality on October 14, 1947, when American pilot Chuck Yeager broke the sound barrier flying a Bell X-1 at altitudes above 40,000 feet. In a race to make the technology mainstream, the British and French governments joined forces and began working on the first commercial-sized supersonic jet capable of transporting 100 passengers or more.

On January 21, 1976, two Concordes took flight simultaneously, one from Britain and one from France. These were the first commercial, supersonic flights in history and they quickly became all the rage. Over a span of nearly 30 years in operation, Concordes were able to provide their passengers with the fastest flight times in the world: topping out in 1996 with a trip from New York to London in under two hours and 53 minutes.

The problem with the luxurious Concorde jets, however, was that the aircrafts guzzled fuel at astronomical rates. On average, the commercial flights burned through 6,770 gallons of fuel per hour, leading to ticket prices in the tens-of-thousands to offset costs. The sky-high prices were largely responsible for the flights being discontinued by 2003.

After the Concorde’s commercial failure, the assumption became that the supersonic jet may only be practical for military use. However, Boom Supersonic has been hard at work to reverse that script.

The Future of the Supersonic Jet

While the Concorde was inefficient and unsustainable, Boom exists to create a supersonic jet that is both incredibly fast and practical. Founder and CEO Blake Scholl describes, “We jumped into the high speed age before we had the technology to do it in a sustainable way. In the 1960s, aircrafts were made out of aluminum. All of your aerodynamic development would have to happen in wind tunnels where every iteration would take months and cost millions of dollars.”

What Boom has done to fix the inherent issues within the construct of the Concorde is to modernize the equipment with which their aircrafts are constructed, as well as the technology used to test them. Not held down by heavy aluminum, Boom’s jet has a strong yet lightweight airframe built using carbon fiber composites.

Boom also uses computer simulators, not wind tunnels, for aerodynamic development. This allows testing, which would have previously taken months, to now take hours if not minutes. The loud, inefficient, and afterburning turbojets have been replaced by quiet, environmentally-conscious turbofans.

Boom’s commercial jet, Overture, lacks none of the power and force of the Concorde and is lightyears ahead of it in terms of cost, reliability, efficiency, safety, and sustainability. A rollout of their XB-1 model occurred on October 7, 2020, which helped dispel any public skepticism about the viability of supersonic commercial flight.

The drastic improvement upon the Concorde’s concept has customers and investors alike excited at the prospect of a more cost-efficient and environmentally-friendly supersonic jet. Virgin Atlantic and Japan Airlines have already preordered jets for their fleets. While initial ticket prices might not come cheap, landing around $5,000 each, the cost will likely become even more affordable as Boom’s technology continues to advance.

Other companies are already beginning to enter the commercial supersonic flight sector along with Boom. Even though the flight of the Concorde was short-lived, Boom Supersonic is poised to give the idea back its wings and finally make supersonic travel a reality.