Human flight is on the verge of a second renaissance, with new technology ushering in an age of faster and quieter passenger jets. Although the supersonic Concorde jet launched over 40 years ago, commercial flight speeds have stagnated (and even regressed) since then. But new breakthroughs from NASA and jet startups show that innovation is finally returning to air travel.

NASA is working on quiet supersonic tech that is able to muffle the inevitable sonic boom to a “soft thump.” At the same time, they’ve found new technologies that can reduce noise from existing aircraft by over 70%, potentially improving the quality of life near airports and reducing noise complaints. Meanwhile, three US startups are working to revive commercial supersonic travel, with lighter and stronger materials, a quieter design, and cleaner and more efficient engines. They hope to deliver their first jets to the airlines by the mid-2020s.

In 1976, the Concorde premiered as the world’s first supersonic commercial jet, and for the next 27 years, it limped along as a cautionary tale of innovation gone sideways. The plane was extremely loud at even normal speeds, especially during takeoff and landing, but its ear-splitting sonic booms were completely intolerable.

Public opposition to the noise led the FAA to preemptively ban supersonic flight over land, effectively imposing a speed limit of Mach 1 (or 767 mph) across the country.*

The speed limit meant that the Concorde could only go supersonic on transoceanic flights, dramatically restricting its potential market. Limited routes, inefficient engines, excessive weight, and a $15,000 ticket price combined to doom the project, and it went out with a whimper (not a boom) in 2003.

The Concorde was probably never going to succeed, but the FAA made a big mistake by banning all supersonic travel in an attempt to address the noise problem. By imposing a speed limit instead of a noise limit, the FAA killed research and investment that could have developed quieter supersonic tech.

There has been innovation in air travel since the 1970s, but it’s all been about cutting costs, rather than improving the product. That has created huge benefits for consumers, and flying today costs half of what it did back then.

But this has also meant slower flights for basically everyone. Today, the fastest commercial jet is still the workhorse Boeing 747, which maxes out around Mach 0.8 (roughly 660 mph). But most jets won’t fly anywhere near their top speeds, because flying slower saves on fuel. Even adding a couple minutes to a flight can add up to major savings for a big airline, and customers just don’t care about a few extra minutes.

Because the difference in flight times is capped by the FAA speed limit, it’s hard for airlines to compete much on speed, but it’s easy to compete on price, and that has led to a steady increase in flight times. As a result, the same flights take longer today than they did 40 years ago. In the 1970s, on ordinary subsonic jets, you could fly from New York to Houston in two and a half hours; today, it takes nearly four hours.

In other words, you may pay thousands of dollars for a business class seat, but you’ll always get coach speeds.

There are signs that this dynamic is all about to change. NASA and Lockheed Martin are currently working on a quiet supersonic jet design, which can muffle the loud boom that comes from breaking the sound barrier. At a recent demonstration, the perceived “boom” was reduced from a jarring “exploding fireworks” noise to something that sounded more like “dump truck jouncing over a pothole.” (Listen for the “booms” at 0:41 and the “thumps” at 2:31.)

NASA and Lockheed are planning to conduct experiments with their prototype over Galveston, Texas, to measure the decibels and poll residents on how they feel about these “sonic thumps.” If those tests go well, the FAA plans to finally revise the speed limit into a noise standard, allowing supersonic jets to fly over land for the first time.

One problem here is supersonic jets are always going to be somewhat noisier than ordinary planes, and Europe wants stricter noise standards around its airports than the United States. But NASA technology might be able to solve that problem, too, by dramatically reducing the noise from existing aircraft. By modifying wheel wells, landing gear, and wing flags, NASA engineers were able to cut noise from plane landings and takeoffs by over 70%, and that could be an acceptable tradeoff for allowing a few noisier supersonic jets, too.

The American startups Aerion Supersonic, Spike Aerospace, and Boom Supersonic are rushing to develop quiet supersonics by the mid-2020s. Aerion has an edge, since it’s backed by Lockheed and its NASA contracts, but Boom says it already has over 75 pre-orders from airlines for its first 55-seat jet design. They believe that the technology has advanced to the point that supersonics can be profitable even just for transoceanic flights, but real commercial success probably hinges on whether the FAA scraps its over-land speed limit.

Because there’s only been one attempt at commercial supersonics (and that folded 15 years ago), nobody knows for sure what demand might look like now. But the broader market for air travel market is wildly different than it was when the FAA first banned supersonics. In 1973, Americans took 200 million domestic flights; in 2017, it was 850 million. In the early ’70s, fewer than half of Americans had ever been on a plane; today, half of us fly every year. Worldwide, the transformation is even more dramatic: the number of air passengers increased nearly tenfold, from 400 million in 1973 to over 3.9 billion in 2017.

Yet, despite this explosion of demand, the fastest jet today is actually slower than the fastest pre-Concorde jet, which debuted in 1960. Just eight years into the jet age, the basic product had peaked (with one minor, ill-fated exception). Business class travelers today are paying an arm and a leg for trivial comforts like lie-flat seats, hot towels, and pre-flight beverages because that’s all airlines can compete on; Spirit and Frontier’s planes will get there about as fast as Delta and United’s (maintenance delays aside).

Boom thinks there is plenty of pent-up demand among elite travelers looking for speed, and they have a plan to deliver it at a competitive price. They predict that tickets for a transatlantic round trip on their jet will run about $5,000, which is way less than the Concorde and comparable to a typical business class fare now. Supersonics will clearly start out as a luxury service, but if it’s profitable, hopefully innovation and competition will raise the standard for everyone else, too.

* There’s also a physics problem that means “transonic” speeds between Mach 0.8-1.2 are extremely turbulent and destabilizing, so it’s not worth it to fly much faster than Mach 0.8 unless you’re going to blow past it into supersonic speeds, like the Concorde’s Mach 2. 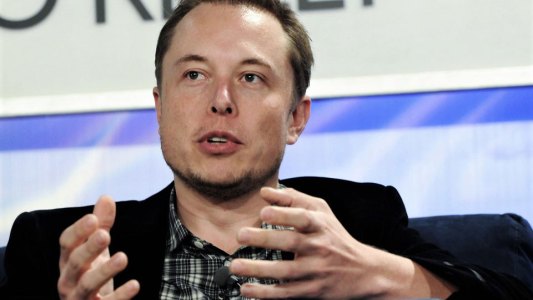 Transportation
Tesla fixed its Model 3 brakes with software – and showed us the future of cars
Subscribe to Freethink for more great stories
Subscription Center
Sections
Video
Freethink
Subscribe
We focus on solutions: the smartest people, the biggest ideas, and the most ground breaking technology shaping our future.
Subscribe