Scientists in Hong Kong say they have developed the first brain surgery robot that can actually see what it’s doing in real time. The system can operate inside a running MRI scanner, allowing surgeons to hit target locations deep inside the brain without having to periodically stop the procedure to check where they are.

The main applications will be deep brain stimulation (a therapy for treating Parkinson’s and epilepsy) and biopsies of deep brain tumors. The engineers expect that their system will both reduce complications and make these surgeries (normally a day-long affair) faster and less invasive.

Your Brain, in Stereo

Brain surgery is a tricky business, and, for obvious reasons, surgeons want to open up your skull as little as possible. Stereotactic neurosurgery is a technique that allows surgeons to make a map of the brain using a grid positioning system (like a 3D version of “Battleship”) to target places in the brain they can’t see directly.

First, surgeons bolt a frame to the outside of the patients’ head, creating a fixed grid around the skull. Then they use an MRI or CT scanner to create an internal map of the brain that matches up to the coordinates on the external frame. They calculate where they want to go and use the external grid as a reference to figure out where to drill and how deep to go.

This basic technique has been around for decades, but its biggest drawback is that surgeons can’t fit in an MRI scanner with their patient. After the initial scan, you’re flying blind: you’ve got a map, a compass, and an altimeter to guide you, but you literally can’t see where you’re going. If surgeons want to check their position, they have to stop the procedure and put the patient back into the scanner to see where the needle is. This drags out the surgery, which makes it more expensive and might increase the risk of complications. (And, frankly, nobody likes to stop and ask for directions.)

Magnets: How Do They Work

Sensitive operations like deep brain stimulation are increasingly done with robots, instead of clumsier human hands. But while the robots could fit inside an MRI, the scanner can’t operate at the same time. Magnetic Resonance Imaging machines are (as the name implies) giant electromagnets, and modern robotics use electric motors that would scramble the image.

But mechanical engineers and neurosurgeons at the University of Hong Kong have designed a robotic system controlled with hydraulics instead of electric motors (and, of course, built from non-magnetic materials). This lets the device operate inside the MRI’s giant electromagnet without messing up the scan, allowing for precise real-time imaging and computer guidance.

The system needs further clinical testing, but it could be a pretty big deal. Right now, these procedures take about 8-12 hours, and the patient has to be awake the whole time so that doctors can monitor their mental state for signs of complications.

But guided by the real time MRI, this hydraulic robot can work on both hemispheres simultaneously, with much greater accuracy, and that will likely speed up the surgeries and possibly even allow them to be done under general anesthesia. The engineers also think that this design could be adapted to allow other procedures to be guided via MRI, like heart catheterization and prostate or breast biopsies.

Brain
New brain cancer treatment trialed in children for the first time
MRI-guided focused ultrasound has been used to deliver chemo into the brain of a pediatric cancer patient for the first time.
By Kristin Houser
Up Next 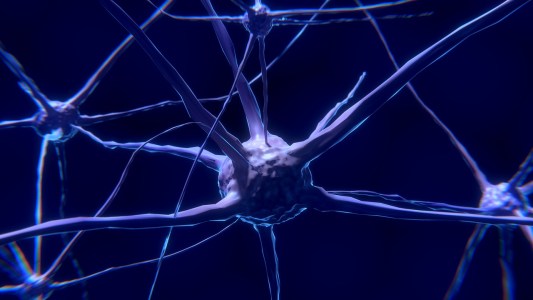 It’s a breakthrough for the blind and paralyzed, not the first step toward the Matrix. (Promise.)

Brain
Neuroscientists want to beam experiences directly into your brain
By Daniel Bier
Subscribe to Freethink for more great stories
Subscription Center
Sections
Video
Freethink
Subscribe
We focus on solutions: the smartest people, the biggest ideas, and the most ground breaking technology shaping our future.
Subscribe