Ateam of neuroscientists from Imperial College London found “good evidence” that drugs to treat attention deficit hyperactivity disorder (ADHD) could be effective in treating cognitive symptoms and apathy in Alzheimer’s disease, according to a recent study published in the Journal of Neurology, Neurosurgery, and Psychiatry.

The LC is remarkably small, composed of only 50,000 neurons. (The human brain contains ~86 billion neurons.) However, it receives input from at least 111 distinct brain regions and translates that input into noradrenaline (NA, also called norepinephrine), one of the four main neurotransmitters. NA can exert influence over almost every region of the brain, effectively regulating everything from baseline arousal to behavioral and cognitive functions, such as attention, learning, memory, and executive function. In essence, the LC listens to what individual regions of the brain have to say and then, through a release of NA, tells the whole brain what to do.

As the LC degenerates, as seen in patients with Alzheimer’s disease, there is less NA available to regulate brain function. This would suggest that drugs that increase the availability of NA, such as some ADHD drugs, could improve cognitive and neuropsychiatric symptoms in people with Alzheimer’s disease. Over the last 40 years, small clinical trials have tested the effects of NA-targeting drugs on cognitive and neuropsychiatric symptoms. However, those trials didn’t produce statistically impressive results.

The aforementioned team of neuroscientists from Imperial College London suspected that if they compiled data from multiple clinical trials, they would find evidence that NA-targeting drugs do improve symptoms. After digging through 40 years of clinical research, the team found 19 randomized controlled trials that assessed the effects of NA-targeting drugs on Alzheimer’s disease.

Ten of the studies assessed the change in global cognition (attention, memory, executive functions, and visuospatial abilities) from baseline in Alzheimer’s disease. When the researchers pooled the results of these trials, they revealed a small, but significant, positive effect of NA-targeting drugs on overall cognition. Eight of the clinical trials assessed changes in behavior and neuropsychiatric symptoms (agitation and apathy). When considered together, these studies revealed that noradrenergic drugs had a large positive effect on apathy but no significant effect on agitation.

The researchers conclude that NA-targeting drugs, such as those used to treat AHDH, depression, and high blood pressure, can improve cognition and apathy for patients with Alzheimer’s disease. Any improvement in quality of life is a welcome discovery. 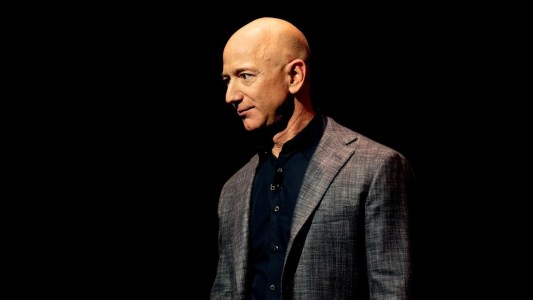 Will Bezos’s company succeed in extending the human lifespan? Maybe. But we can all benefit from studying aging.

Aging
Jeff Bezos is looking to defy death – this is what we know about the science of aging
Subscribe to Freethink for more great stories
Subscription Center
Challenges
Video
Freethink
Subscribe
We focus on solutions: the smartest people, the biggest ideas, and the most ground breaking technology shaping our future.
Subscribe