After more than 25 years of development, a treatment for the rare condition athymia has been given the green light by the FDA — a move that could both extend and improve the lives of children born with the often-fatal condition.

The challenge: Every year, between 17 and 24 children in the U.S. are born without a thymus — that’s the organ that trains our bodies to produce T cells, which play a major role in the immune system.

This condition is called “congenital athymia,” and because children who suffer from it don’t have T cells, they can’t fight off infections and typically die before age three. While they are alive, they must adhere to strict hygiene regimens and often have very little social interaction.

One participant is more than 25 years old now and another four are over the age of 18.

The idea: The thymus is located above and in front of the heart, and surgeons sometimes have to remove a bit of it to reach the heart.

This removed tissue is typically discarded, but Duke University researchers suspected they might be able to use it to train athymia patients’ bodies to produce T cells. In 1993, they launched the first of what would be 10 clinical trials of their therapy, now dubbed Rethymic.

The long road: During the trials, small slivers of the prepared tissue were placed in the thighs of 105 trial participants between the ages of one month and 16 years.

The tissue slowly began training their bodies to produce T cells, and after about 6 to 12 months, the recipients started being able to fight infections.

Since the trials began, 28 participants have died, most within the first year after transplantation, but the others are still alive. Their average time since receiving their transplants is eight years, but one participant is more than 25 years old now and another four are over the age of 18.

Now, the FDA has approved Rethymic.

“This therapy is the result of more than 25 years of research aimed at increasing survival for patients who previously had very little hope,” Louise Markert, the trials’ principal investigator, said.

“Our research program was inspired each and every day by the possibilities that exist for children who have congenital athymia with an FDA-approved treatment for this devastating condition,” she continued.

Much better odds: Rethymic is not without risks — the tissue itself could transmit an infectious disease — but that risk is much lower than the one these children face in the world every day, especially since the start of the COVID-19 pandemic.

“The FDA approval is super exciting because families won’t have to worry every day about their children getting life-threatening infections,” Elena Hsieh, an immunologist who has treated five patients with athymia at Children’s Hospital Colorado, told New Scientist.

Surgery
First-of-its-kind surgery may have helped reverse baby’s paralysis
The first recipient of a groundbreaking spina bifida treatment is now one year old and showing no signs of leg paralysis.
By Kristin Houser

Surgery
Scientists convert kidney to universal “O” blood type
Kidneys still need to be tissue matched, but by converting them to type O, more will be available for transplant.
By B. David Zarley

Robotics
NASA is sending a robot surgeon to the ISS
A MIRA surgical robot is heading to the ISS in 2024 so developers can test its potential to help astronauts survive medical emergencies.
By Kristin Houser
Up Next 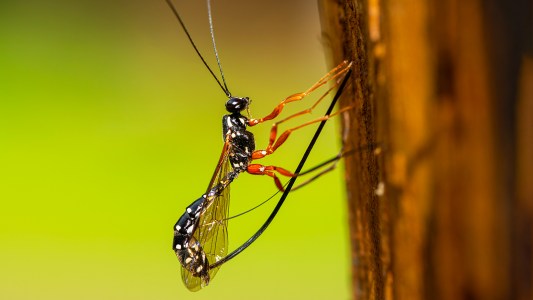