Duke University has developed a smartphone app that can detect an early sign of autism in toddlers — potentially foreshadowing a future when the disorder can be flagged for parents with very young children, hopefully allowing earlier screening and treatment.

Why it matters: Autism isn’t curable, but it is treatable — behavior therapy and other interventions can reduce symptoms and help with a child’s overall development.

These treatments are most effective when a child is very young, but in the U.S., most children with autism aren’t diagnosed until after age four, even though the disorder can be diagnosed at just 14 months old.

The challenge: The problem is that diagnosing autism is difficult — there’s not a medical test that can definitively say if a child does or does not have it.

“Today, autism is diagnosed based only on symptoms,” study co-first author Yuan Luo said in a press release, “and the reality is when a physician identifies it, it’s often when early and critical brain developmental windows have passed without appropriate intervention.”

The idea: Young children who tend to pay more attention to objects than people are at a higher risk of receiving an autism diagnosis.

Past research has demonstrated how eye-tracking tech that looks for this sign of autism in toddlers can be used to help with diagnosing autism, but the Duke team is the first to develop a smartphone app that does the same thing.

“It’s amazing how far we’ve come to achieve this ability to assess eye gaze without specialized equipment, using a common device many have in their pocket,” lead author Zhuoqing Chang said in the press release.

How it works: The app features several short movies designed specifically to make it easy to tell whether a child pays more attention to objects or people.

For instance, in one movie, a smiling man sits on the left side of the screen blowing bubbles that fill up the right side.

Our long-term goal is to have a well-validated, easy-to-use app.

The smartphone’s front-facing camera records the toddler while they watch the movies. The app then analyzes the footage, tracking the child’s eye-gaze patterns.

The whole process takes about 10 minutes.

Testing the tech: The researchers tested the app on nearly 1,000 toddlers between the ages of 16 and 38 months.

During two control movies — one featuring just bubbles and the other a barking puppy — the app detected children in both groups focusing equally on the left and right sides of the screen.

The cold water: So far, this is just a proof of concept that a smartphone app can track this early sign of autism in toddlers — the researchers are now conducting validation studies to test its effectiveness.

“We hope that this technology will eventually provide greater access to autism screening, which is an essential first step to intervention,” co-senior author Geraldine Dawson said in the press release.

“Our long-term goal is to have a well-validated, easy-to-use app that providers and caregivers can download and use, either in a regular clinic or home setting,” she continued. “We have additional steps to go, but this study suggests it might one day be possible.”

Apps
What is Nostr, the Jack Dorsey-backed social network?
Jack Dorsey has donated 14 bitcoins to Nostr, a decentralized protocol on top of which developers can build apps, such as a social network.
By Shubham Agarwal 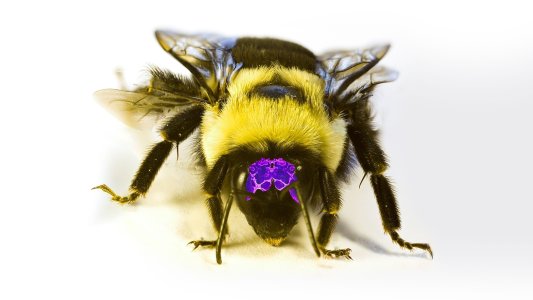 A novel method for counting neurons that involves mashing insects’ brains into a “soup” has led to several new discoveries about bugs.