People with Alzheimer’s may be more likely to respond to treatments if it’s diagnosed early — and an early diagnosis gives them more time to plan and enroll in clinical trials.

But these tests usually involve brain scans or spinal taps, which are costly, invasive, and time-consuming. As a result, few patients are given the opportunity to intervene early enough to slow the progression of the disease.

Now, researchers have developed a blood test for Alzheimer’s detection — and it’s heading to doctors’ offices across the U.S.

A Blood Test for Alzheimer’s

The test is called PrecivityAD, the work of C₂N Diagnostics, a St. Louis-based biotech company.

C₂N tested hundreds of older people with cognitive impairment for protein blood markers. They then compared the positive blood tests with brain scans hunting for amyloid proteins and found a 86% match.

On October 29, the company announced that it had secured the necessary certification to make its blood test for Alzheimer’s available in clinics in 45 states (it’s working on the rest).

This is really an important advance.

To administer PrecivityAD, a doctor takes about a teaspoon’s worth of blood from a patient’s arm and sends it to C₂N’s lab for analysis.

The sample then undergoes an automated process that measures the levels of certain proteins in it. These proteins are linked to the presence of amyloid proteins in the brain — a sign of Alzheimer’s.

Those measurements are combined with other data, including the patient’s age, to produce an Amyloid Probability Score, which C₂N sends back to the doctor.

This score alone isn’t enough to make an Alzheimer’s diagnosis, but it can let a doctor know if a patient is more or less likely to have the disease. They can then order other tests or, if the likelihood is low, consider other reasons for any symptoms the patient might be exhibiting.

“This is really an important advance,” Howard Fillit, CSO of the Alzheimer’s Drug Discovery Foundation, which has provided funding to C₂N, said in a press release. “You can now walk into your doctor’s office to get a blood test to help detect Alzheimer’s disease.”

More Than an Alzheimer’s Test

PrecivityAD might be the first blood test for Alzheimer’s approved for use in doctor’s offices, but several others are under development.

While a blood test for Alzheimer’s will be useful for earlier diagnoses, the discovery of these blood-based biomarkers of the disease could eventually lead to the development of new treatments, too — something that has stubbornly resisted scientists’ best efforts over the last couple of decades.

“(R)eliable, accessible, and affordable biomarkers for Alzheimer’s diagnosis are critical to our ability to find drugs to prevent, slow, and even cure the disease,” Fillit said. 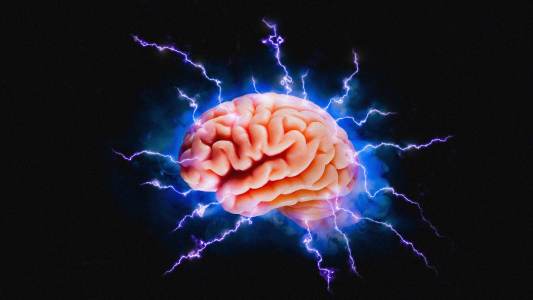 In a new breakthrough, scientists use optogenetics to manipulate brain cells in mice without surgery or brain implants.