Optogenetics is a biological technique that uses light of different frequencies to control genetically modified brain cells. The modified neurons have light-sensitive proteins called opsins. Light pulses can stimulate the opsins, which, in turn, can cause a neuron to fire or not. Using infrared lasers, scientists can hit individual brain cells and trigger (or stop) new patterns in the brain.

In other words: light + genetic engineering = mind control. (At least, a little bit of it — in mice.)

Other researchers have used optogenetics in mapping the circuitry of the brain, decoding pain-causing brain signals, and figuring out the code for addiction. Researchers hope to use the lessons learned from this type of mind control for good — like developing clinical therapies for humans that stop seizures, help with neurological problems like depression, or control tremors in people with Parkinson’s disease.

So far, the technique — studied primarily in mice — has usually required invasive implants or tethered fibers stuck in the mouse’s skull to send the light pulses to the brain.

In April, Deisseroth, a Stanford University bioengineer, was able to change the number of seizures in mice and reprogram the animal’s brain to exhibit a greater tendency to socialize — just by shining light through a small hole drilled into the skull.

Now, Deisseroth has brought the technique to a new level. In a paper published in Nature Biotechnology, he describes an implant-free, surgery-free variant of the method.

The team illuminated a mouse’s skull with a special light, which activated neurons up to 7 millimeters deep in the midbrain. It was the first demonstration of this technique that managed to control brain cells without surgical intervention.

Once again, they were able to control seizures in epileptic mice and promote social behavior.

Neurons don’t naturally respond to light. So, an essential ingredient in optogenetics is genetic engineering — implanting an opsin gene in the brain.

Mice to Monkeys Is a Giant Leap

How to make cells light-sensitive has been established in rodents, but remains unpredictable in monkeys. And while 7 millimeters deep might be enough for a mouse-sized brain, scientists haven’t been able to illuminate enough brain tissue in larger primates to make an impact.

To push the field ahead, scientists from 45 primate optogenetics labs are banding together to create the Nonhuman Primate Optogenetics Open Database. The open-sourced database houses details of successes and failures — some of which are unpublished — so researchers can learn from each other, instead of continuing to reinvent the wheel, reports Science.

“We realized there was research out there in this field that hadn’t been published, where people had tried different techniques, different viral vectors, and just never reported it,” said Michael Platt, a neuroscientist at the University of Pennsylvania.

“For all the work that had been published, none of it had been collected into a single database. That was the inspiration for this monumental effort Sébastien (Tremblay) spearheaded.” Tremblay is a postdoctoral fellow in Platt’s lab.

In the meantime, Deisseroth’s team hopes to develop a breed of mice with a new opsin called ChRmine in their cells.

“We hope these will be a broadly available and applicable research tool,” Deisseroth told IEEE Spectrum. “We’re just excited to share this capability with everybody.”

The next step: non-invasive mind control in fish, then non-human primates. 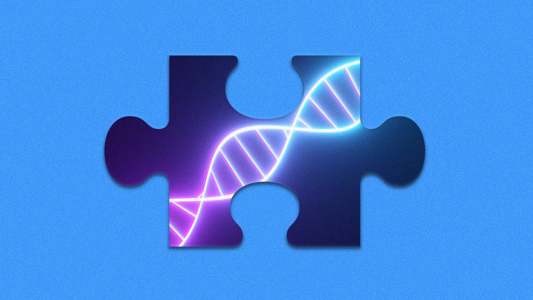 Not too long ago, autism gene therapy was a pipe dream. Now, armed with specific targets and new methods, a small wave of gene therapies is gathering.