When Allyson Berent’s daughter was diagnosed with Angelman syndrome, a genetic neurodevelopmental condition, it set her on a path to the vanguard of autism gene therapy.

The research veterinarian is now the COO of GeneTX Biotherapeutics, a startup that aims to bring gene therapies for autism and related conditions, like Angelman, out of the lab and into clinical trials.

Led by people like Berent, a small but crucial wave of autism gene therapy candidates are now heading into trials, targeting forms of the disorder that have been tied to specific genetic causes, according to a piece in Spectrum by Lydia Denworth and Brendan Borrell.

They write that the very idea of a gene therapy for autism was considered quixotic-bordering-on-cruel just a few years ago; its deep and tangled roots within the brain and the difficult-to-jump blood-brain barrier posed seemingly insurmountable challenges.

But conditions like Angelman, Rett, and fragile X syndromes have specific, isolated causes: one genetic mutation, and either too much or too little of the protein made by that gene as a result. Target in hand, and gene therapy techniques constantly being upgraded, therapeutics are now in various stages of testing — most in mouse models.

“A success in this space will completely change the way that we think about genetic testing in autism,” Boston Children’s Hospital neurologist/geneticist Timothy Yu told Spectrum.

“It will hold out the idea that if you can name the disease, you can actually do something to improve the quality of life for that child.”

Berent’s GeneTX Biotherapeutics, a company launched by the Foundation for Angelman Syndrome Treatments (FAST) and funded by Angelman advocates, aims to bring autism gene therapy (particularly for Angelman syndrome) from the lab to human clinical trials.

Angelman is caused by a mutated or missing UBE3A gene, which prevents the production of proteins important to the brain’s function. People receive a copy of UBE3A from both parents, but the paternal copy is typically suppressed, so if the copy from their mother is damaged, they can’t use the backup.

GeneTX’s potential therapy is called GTX-102. It works by stopping the paternal gene from being silenced. So far, a therapy similar to GTX-102 has been demonstrated to work in mouse models (where it reactivated the paternal UBE3A gene and reversed memory problems), as well as in human neurons in petri dishes and in crab-eating macaques.

Gene therapy for Rett syndrome, caused by a mutation in the MECP2 gene, is also currently in development. Dubbed AVXS-201, it utilizes a modified virus (called an adeno-associated virus, or AAV) to ford the blood-brain barrier.

Similar techniques have shown efficacy in mice. Autism gene therapy for Rett syndrome must walk a fine line, however, as both too little and too much of the proteins made by MECP2 can cause devastating disorders.

Genes that encode the protein missing in Fragile X syndrome have also been delivered into mice, according to Spectrum, with encouraging results on neural activity and behavior.

Fragile X syndrome provides the case study for caution when it comes to autism gene therapy. Multiple labs produced promising results for gene therapies in mouse models, but they were not replicable in a clinical study of adults and adolescents.

“It looked like the perfect drug to translate into people,” pediatric neurologist Elizabeth Berry-Kravis of Rush University Medical Center in Chicago told Spectrum. “How could it fail?”

Poorly designed trials, testing therapies in the wrong populations — young children were most likely to benefit from autism gene therapy — and the across-the-board problem of mouse and animal models not always panning out in people mean we shouldn’t expect silver bullets.

The trials set to begin soon will be small and focused on safety, not if the therapies work; GeneTX’s will have only 20 people, and it won’t get into larger trials — with a focus on efficacy — until 2022, at the earliest. In other words, Spectrum notes, it may be too late for Berent’s daughter, who has applied for GeneTx’s trial.

Still, one mustn’t doubt what a parent can do for their children and other’s, and people like Berent are pushing autism gene therapy forward. 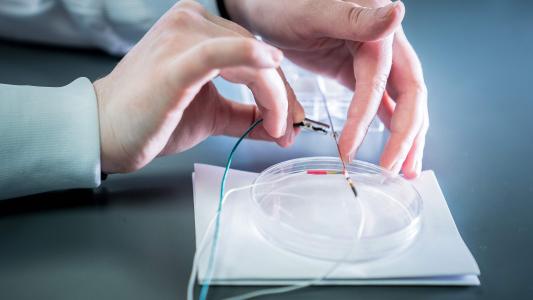 Dopamine and serotonin are crucial brain chemicals. A new study that measured them simultaneously in active brains suggests they may do more than we think.

Neuroscience
Dopamine and serotonin may do more than we thought
By B. David Zarley
Subscribe to Freethink for more great stories
Subscription Center
Sections
Video
Freethink
Subscribe
We focus on solutions: the smartest people, the biggest ideas, and the most ground breaking technology shaping our future.
Subscribe