Cancer is a life-altering condition, especially if you’re diagnosed when most of your life lies ahead of you. Luckily, just 9% of the nearly 2 million new cases of cancer each year occur in people 45 or younger. However, according to a recent study published in Nature Reviews Clinical Oncology, that proportion is unfortunately increasing.

“We found that this risk is increasing with each generation. For instance, people born in 1960 experienced higher cancer risk before they turn 50 than people born in 1950 and we predict that this risk level will continue to climb in successive generations,” said senior author Shuji Ogino, MD, PhD, a Professor of Pathology at Harvard Medical School and Brigham and Women’s Hospital.

Increased cancer screening undoubtedly contributes to some of the rise in diagnoses, but it doesn’t account for all of it — especially considering that screening still is relatively uncommon amongst younger adults compared to older ones.

The most likely culprits are dietary and lifestyle changes that have accumulated over the past half-century, the researchers say. Globally, people are now much more likely to be sedentary from a young age and to consume a Western-style diet, one high in saturated fats, red meat, processed food, and sugar, but low in fruits, vegetables, whole grains, and fiber.

As a result, worldwide obesity has nearly tripled since 1975, according to the World Health Organization, and youth obesity has risen even more rapidly. Per-capita alcohol consumption has also climbed in many parts of the world. Rising antibiotic use may also factor in to increased rates of early cancer. Though they are invaluable for treating bacterial infections, antibiotics can mess with humans’ intestinal microbiomes, especially when overused. Over the past decades, we’ve learned that healthy, balanced gut bacteria communities reduce cancer rates.

Considering that most of these altered lifestyle factors have to do with what we put in our mouths, it’s unsurprising that eight of the 14 cancers increasing in incidence among under-50s relate to the digestive system, the researchers note.

Considering that cancer screening is infrequent for people under 50 compared to older adults, a lot of these cancers are caught at later stages, complicating treatments and reducing survivability, the Harvard researchers warn.

While cancer rates are regrettably rising for younger adults, overall, cancer death rates are falling, at least in the United States. Large declines in smoking are drastically reducing deaths from lung cancer. Increased use of sunscreen has prevented tens of thousands of cases of melanoma. Better screening techniques are catching cancers earlier, improving prognoses. And revolutionary new treatments are helping people live for much longer after they are diagnosed.

So the good news is that we are lessening the burden of cancer overall. But as this study indicates, if we aren’t careful, we could offset those gains through our cancer-promoting, self-destructive lifestyle choices. 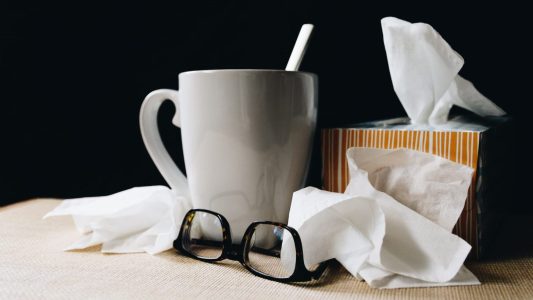 Does COVID somehow weaken the immune system to make us more prone to other infectious diseases? Here’s what scientists know.

Coronavirus
I’ve had COVID and am constantly getting colds. Did COVID harm my immune system?
Subscribe to Freethink for more great stories
Subscription Center
Sections
Video
Freethink
Subscribe
We focus on solutions: the smartest people, the biggest ideas, and the most ground breaking technology shaping our future.
Subscribe