The microbiota affects humans in a multitude of ways, from protecting our skin to aiding digestion to altering our mood. These microbes are generally friendly, but depending on their exact nature, composition, and location, they also can cause harm. New research published in the journal Cell suggests that bacteria living inside tumor cells promote cancer metastasis by bolstering the strength of the cancerous host cells against mechanical stress in the bloodstream, in turn promoting cell survival during tumor progression.

Traditionally, research showed tumor tissue to be free of microbes. In recent years, however, technology has advanced, allowing scientists to detect tiny numbers of bacteria that have taken up residence inside tumor tissue. For example, Shang Cai and his team detected 135,000 microorganisms in a gram of mouse breast tumor tissue, almost ten times more than in healthy tissue. (By comparison, a gram of feces has roughly 300 billion microbes.) Furthermore, nearly all the bacteria were living inside the mouse cells.

The biological significance of the intratumor microbiota remains largely unknown. However, scientists have found that the gut microbiota contributes to tumor progression. Cai wanted to know if these tumor-infesting intracellular bacteria are also involved in cancer progression.

To do this, his team treated the tumor-burdened mice with antibiotics that targeted only the tumor microbiota. The treatment did not affect total tumor weight, suggesting the tumor microbiota doesn’t play an important role in tumor growth. In a previous experiment, however, the researchers noticed a correlation between the number of intracellular bacteria and the rate of lung metastasis, suggesting that the intracellular microbiota could be involved in the spread of cancer cells. They analyzed the lung tissue of the mice treated with antibiotics, and their suspicion was confirmed: Eliminating tumor microbiota reduced lung metastasis more than three-fold.

Because the intracellular bacteria promote cancer cell metastasis, the researchers speculated that the microbes travel through the circulatory system. In other words, the germs were catching a ride in their host tumor cells to distal organs as the cancer spread.

Cells of a feather clump together

The researchers sought to understand what changes the intracellular bacteria were causing. So, they analyzed the gene expression of infected tumor cells. To their surprise, they found that tumor cells activated genes involved in surviving in the bloodstream.

When tumor cells enter the bloodstream, they are exposed to unpredictable fluidic pressures, an army of patrolling immune cells, and collisions with other cells racing down the vascular highway. Blood cells activate genes responsible for reinforcing their cytoskeleton to survive this environment, which usually kills other cells. Intracellular tumor bacteria activate similar genes.

To determine if this change in gene expression increases the cancer cells’ ability to survive, the researchers set up an artificial circulatory system with a peristaltic pump to mimic the stress of the bloodstream. Indeed, cells with bacteria showed a higher survival rate than cells without bacteria. Additionally, the cells with bacteria stuck to the circulatory apparatus more tightly than cells without bacteria. This indicated that the microbes altered the cell’s cytoskeleton and attachment ability, which is critical for escaping the bloodstream and colonizing new tissue. This also explains why the elimination of tumor-resident microbiota with antibiotics impeded metastasis.

“In the future, further in-depth analysis of how the bacteria invade into tumor cells, how the intracellular bacteria are integrated into the host-cell system, and how the bacteria-containing tumor cells interact with the immune system will provide us insights on how to properly implement antibiotics for cancer therapeutics in the clinic,” the authors conclude. 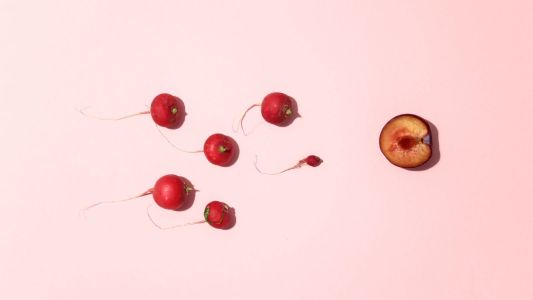 About 10% of men are infertile, and often their sperm is to blame. This device could help separate the healthy cells from the others.