Researchers in Germany have managed to send lupus into remission in five patients, using specially-armed immune cells that have revolutionized cancer treatment.

The study, conducted by Friedrich-Alexander University in Erlangen-Nuremberg and published in Nature Medicine, used CAR T-cell therapy to treat the autoimmune condition.

“This is an excellent study which promises to extend the scope of CAR T-cell therapy” to difficult to control autoimmune diseases like lupus, Rahul Roychoudhuri, an associate professor at the University of Cambridge unaffiliated with the work, told The Guardian.

A wolf in the house: Lupus occurs when the immune system attacks the body’s own healthy tissues.

The condition’s symptoms — including fatigue, fever, joint issue, chest pain, dry eyes, and shortness of breath — can ebb and flow, present as mild or severe, are shared by many other diseases, and may be different from person to person, all of which makes it hard to diagnose. A butterfly-like rash across the face is perhaps its most distinctive symptom.

Lupus’s name, derived from the Latin for “wolf,” is attributed to facial lesions that 13th century physicians found similar to a wolf’s bite.

The five patients in the German study had systemic lupus erythematosus (SLE), which accounts for 70% of cases. In SLE, lupus’s damage can be widespread, as inflammation eats away at multiple organs and organ systems. Unchecked, it can cause any number of serious complications — kidney damage, heart attacks, dementia, and painful, labored breathing.

What causes lupus is currently unknown, although genetic clues have recently been found; what is known is that the condition impacts women disproportionately, and seems to be sparked on occasion by infections, medications, and even sunlight.

While strides have been made in fighting SLE, some patients “do not respond to the current state-of-the art therapies and are at high risk for organ failure and even death,” the researchers wrote in their paper.

There is also no “solid strategy” for drug-free remission or a cure for SLE, which the authors note may require a “deep reset of the immune system.”

Enter CAR T: CAR T-cell therapy works by harnessing the power of the immune system — the same one attacking lupus patients’ bodies — and siccing it on a specific target.

For their study, the researchers engineered immune T cells to attack certain other immune cells, called B cells, which go haywire in lupus. These abnormal B cells crank out autoantibodies — antibodies that attack the body’s own healthy tissues, instead of pathogens, causing widespread pain and inflammation.

The modified CAR T cells were given via infusion to the five patients (four women and one man) whose lupus had already defied other options. Those T cells proved up to the task, winning their fight and leading to a “deep depletion” in irregular B cells and improvements in symptoms — essentially sending lupus into remission.

Specially engineered immune system cells, when infused into five patients, cleared out lupus’ abnormal B cells and sent the autoimmune condition into remission.

When the patient’s B cells recovered after four months, they were no longer creating the autoantibodies, The Guardian reported. To make sure that the therapy did not hamper their immune systems, the researchers tested their response to numerous vaccines, including measles, hepatitis B, and tetanus, and their immune response did not seem “substantially different,” per The Guardian.

While a very small sample size, the study shows that CAR T-cell therapy can potentially treat or cure some autoimmune diseases.

“We are very excited about these results,” Friedrich-Alexander University rheumatologist and study lead Georg Schett told The Guardian.

“Several other autoimmune diseases which are dependent on B cells and show autoantibodies may respond to this treatment. These include rheumatoid arthritis, myositis and systemic sclerosis. But also diseases like multiple sclerosis may be very responsive to CAR T-cell treatment.” 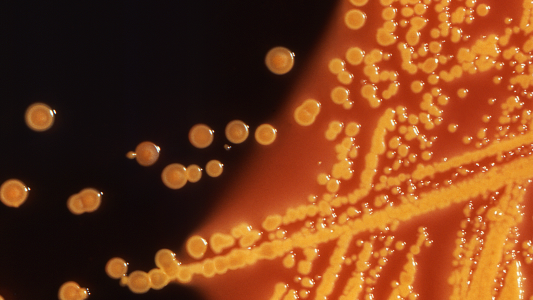