At this point, we all know the pandemic catechism: wear masks, social distance, trace contacts, do more COVID-19 tests.

The consensus is that testing and tracing efforts will be crucial to getting society back to being semi-functional, until a vaccine can arrive and truly start to stymie the virus. Nations like Vietnam, South Korea, and Taiwan have all used the test-and-trace method to get a handle on the virus.

Here’s the thing, though: to do test-and-trace, one has to … well, y’know, test. The key is to have as many COVID-19 tests performed on as many people as possible, as quickly as you can — especially since presymptomatic and asymptomatic people can rapidly become unwitting virus bombs. If people know that they are infected by SARS-CoV-2, they can avoid going to work/school/what have you, heading off potential infections.

The gold standard among COVID-19 tests are the “reverse-transcription polymerase chain reaction” tests (RT-PCR, or PCR for short). PCR tests amplify tiny pieces of the virus’s RNA until it can be measured, and the result is typically very accurate.

But RT-PCR requires specialized equipment, trained technicians, and at least a couple hours to perform. Multiply that by millions of tests, and you’ve got a tight bottleneck in the U.S. testing supply.

Many other testing methods can be faster, easier, cheaper, and potentially even do-it-yourself — at the expense of PCR’s accuracy.

But a growing number of experts think that’s ok.

The U.S. is processing over 750,000 COVID-19 tests a day, but that number still falls well short of what some experts envision: tens of millions of people, tested multiple times a week, in an effort to detect and stop the disease as early as possible.

“That could be one of our most important interventions as we come into the fall to prevent large outbreaks from happening,” Stephen Kissler, a research fellow at the Harvard T.H. Chan School of Public Health, told USA Today.

Pulling off a regiment like this requires tests that are cheap to make and easy to use, and if some accuracy is lost in the process, that may not be a bad trade.

PCR tests might be 99% accurate, but if hardly anybody gets them — because they are expensive, painful, inconvenient, or in short supply — they won’t be enough to stop the pandemic. The CDC estimates that, in the U.S., our PCR testing system is only catching one out of every 10 infections.

With a potentially deadly fall and winter looming, the race is on for various tests that can be mass produced and performed quickly, in your own home. One such test, being developed at MIT by engineer Hadley Sikes, could give you a result in 10 minutes, by simply putting a bodily fluid on a paper strip that would change color to show positive or negative.

Sikes’ team is being funded in part by the NIH’s Rapid Acceleration of Diagnostics (RADx) program, a national challenge to speed up the pace of testing development. The hope is to be able to eventually produce millions of these tests a day.

“The world needs as many useful tests as possible as fast as possible,” Sikes told USA Today.

Sheer volume would be the key to cheap COVID-19 tests helping slow the pandemic. Since such tests will likely be less accurate — tests like Sikes’ may only detect the virus 50% of the time — they will need to be performed often.

“As long as you’re using the test on a pretty frequent basis,” Harvard epidemiologist Michael Mina told NPR, “you will be more likely than not to catch the person on the day they might go out and transmit. And they’ll know to stay home.”

Some people will, of course, not be caught out on the testing.

“You’ll still have some embers,” University of Wisconsin-Madison pathology professor Dave O’Connor told USA Today. The source of most infections seem to be super-spreaders, however, people with massive viral loads who can infect many others.

“If that’s correct, then those are the people you’ll need (to identify) to extinguish much of the fire.” And a fusillade of rapid tests may be able to do just that, while PCR tests would still be available to confirm symptomatic cases.

While numerous teams are developing cheap, at-home COVID-19 tests based on a variety of platforms, a potential roadblock stands in their way: the FDA.

The agency currently requires COVID-19 tests to meet a high standard of sensitivity — how often a test correctly identifies people who actually have COVID-19.

“No one is stepping forward because the message they are receiving clearly from the FDA is that the tests must approach the analytical sensitivity of PCR,” Mina told USA Today.

“But this should not be the criteria. It neglects how the tests are used.”

Coronavirus
America’s “Test to Treat” has failed. Here’s how to fix it.
So far, Test to Treat has largely failed to get antivirals for COVID-19 to patients that need them — but the initiative can still be fixed.

Coronavirus
Strange treatment may restore sense of smell after COVID
Philadelphia doctors are treating COVID patient’s loss of smell with plasma-soaked sponges. But whether it is working or not still needs to be sniffed out.
Up Next 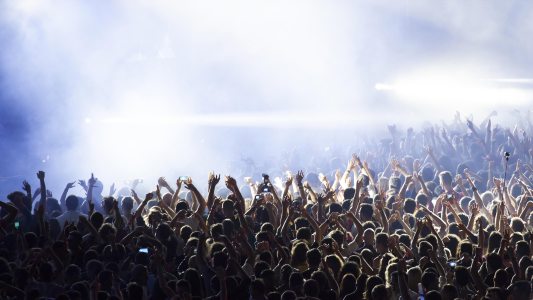 To better understand the potential for COVID-19 transmission at live events, scientists are organizing a free concert by pop singer Tim Bendzko.