A concert study held in Leipzig, Germany, this past August to study COVID-19 transmission drew both attention and criticism; now, the researchers, from Martin Luther University of Halle-Wittenberg, have announced their results, ahead of peer review and publication.

Their one sentence summary, directly from the pre-print: “Seated indoor events, when conducted under hygiene precautions and with adequate ventilation, have small effects on the spread of COVID-19.”

“Seated events have the advantage of setting fixed contacts in the arena and they also determine the distance between the concertgoers,” Stefan Moritz, who spearheaded the concert study, said, per DW.

Held in the Leipzig Arena, the study consisted of 1,212 subjects, all having tested negative for COVID and wearing N95 masks for a pop concert. They were given a fluorescent dye hand sanitizer and a digital location tracker, and took their assigned seats.

Scenario one doesn’t really need explaining; aside from the assigned seats and masks, concert goers acted as if in the Before Times.

Scenario two added twice as many entrances to the arena, and used a checkerboard seating pattern. Scenario three — the most restricted show — had concertgoers coming in through four times as many entrances and seated in pairs, with roughly 5 feet of space between each.

Using that classic concert accoutrement, the fog machine, the researchers also examined the airflow in the room to assess the risk of aerosol particles carrying the virus. Two different ventilation setups were studied: in one, jet nozzles pushed fresh air from the nosebleed seats to the floor, while in the other, the air was sucked in from outside but the jets were turned off.

The concert study’s computer modeling — which inserted 24 “COVID-positive” subjects into the mix — found that with the jets turned off, attendees would be exposed to 10 times as many aerosols, highlighting the importance of circulating the air.

“We knew that ventilation was important but we didn’t expect it to be that important,” research team member Michael Gekle told the New York Times.

The highest number of contacts between concertgoers occurred during entry and breaks, when people headed towards bathrooms or concession stands. Few entry contacts were longer than 15 minutes (the threshold used for most contact tracing) but most halftime ones were.

In scenario one, the normal concert, contacts accumulated through the night; in scenarios two and three, with spaced seating and more entrances, most of the contacts happened in the entry and didn’t keep growing from there.

In their summary, the researchers argued that mandatory mask wearing, improved ventilation, and additional entrances/exits could reduce the chance of SARS-CoV-2 infection; one model found risk cut down by 70%.

“A concert or handball game with a strictly enforced safety protocol is safer than the participation in a big wedding,” Gekle said, per the Washington Post.

But- Hey! Stop texting your scalper: this isn’t the all-clear.

Gabriel Scally, president of epidemiology and public health at the Royal Society of Medicine, told the NYT that while the concert study may prove “useful,” putting those hygiene and ventilation controls into place in the wild could be more difficult.

University of Cambridge fluid dynamics professor Paul Linden told the NYT that the computer model did not account for all factors, including indoor air turbulence and the heat of an audience. It was tough to tell from this study if increased exposure to aerosols without the jets on was because of decreased ventilation or changes in the pattern of airflow, he added.

While the concert study contains some glimmers of hope, winking like a sea of phone cameras, for a near-future where indoor events can be held relatively safely, it doesn’t look like we’ll be enjoying those events anytime soon. 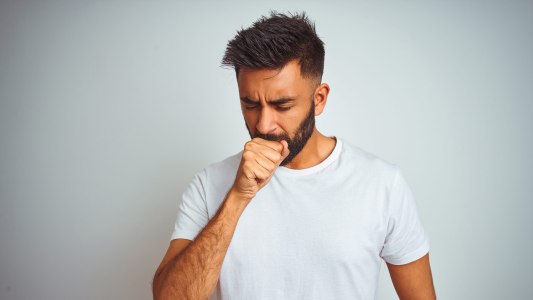 MIT has developed an AI that can detect asymptomatic COVID-19 infections from the sound of a person’s forced-cough with incredible accuracy.