Last year researchers in the U.S. began testing the ability of CRISPR, a technology that can edit the DNA of living cells, to potentially treat or even cure genetic diseases in humans.

This week, one group announced promising results from an on-going clinical trial that suggests CRISPR may deliver a much-needed cure for sickle cell disease and beta thalassemia — two of the most common genetic disorders in the world.

A Cure for Sickle Cell and Beta Thalassemia

Sickle cell disease and beta thalassemia are both heritable blood disorders that center on hemoglobin, the red blood cell molecule responsible for carrying oxygen throughout the body.

People with sickle cell disease have atypical hemoglobin molecules that change the shape of their red blood cells in a way that prevents them from being able to effectively deliver oxygen throughout the body.

Sickle cell disease is one of the most common genetic disorders in the world.

People with beta thalassemia, meanwhile, don’t produce enough hemoglobin. Just like with sickle cell disease, this prevents the body from getting adequate oxygen.

Currently, the only cure for sickle cell disease or beta thalassemia is a stem cell transplant from a viable donor.

But this approach is dependent upon finding a donor who is biologically a good match. It also usually requires a recipient to take immunosuppressants — drugs that can cause serious side effects — for months or even years.

For the human gene therapy trials, researchers collected blood stem cells directly from participants. They then used CRISPR to genetically alter the cells to produce high levels of a form of hemoglobin that’s naturally present at birth. Finally they transplanted the stem cells back into the patients.

In November, researchers announced the first data from the two trials.

The scientists used CRISPR to genetically alter stem cells before transplanting them back into the patients.

Prior to undergoing the therapy, Victoria Gray, the first patient in the sickle cell trial, had experienced seven painful sickle cell disease-related episodes every year.

“Sometimes it feels like lightning strikes in my chest — and real sharp pains all over. And it’s a deep pain. I can’t touch it and make it better,” Gray told NPR. “Sometimes, I will be just balled up and crying, not able to do anything for myself.”

In the four months after receiving the edited stem cells, she experienced none of those episodes. Furthermore, Gray and the beta thalassemia patient were both able to achieve healthy hemoglobin levels without the need for blood transfusions.

However, researchers knew the real test would come in time: can they maintain their levels and stave off the need for future transfusions?

This week, researchers shared updated data on their two trial participants, as well as new data on another with beta thalassemia — and it only provides more encouraging news.

Both of the initial participants have seen their hemoglobin levels increase in the seven months since November. Gray still hasn’t had any painful episodes, and the beta thalassemia patient has not needed a transfusion.

The new trial participant, meanwhile, also hasn’t needed a transfusion in the five months after undergoing the therapy and has maintained a healthy hemoglobin level.

“I am encouraged by the preliminary results, which demonstrate, in essence, a functional cure for patients with beta thalassemia and sickle cell disease,” researcher Haydar Frangoul said in a news release.

The trials are still far from complete, though. Ultimately, the researchers plan to enroll 45 people with sickle cell disease and 45 with beta thalassemia in their trials and follow their progress for two years after treatments.

However, if those participants respond as positively as these first ones, CRISPR could be the cure for sickle cell disease and beta thalassemia that people all across the globe are waiting for. 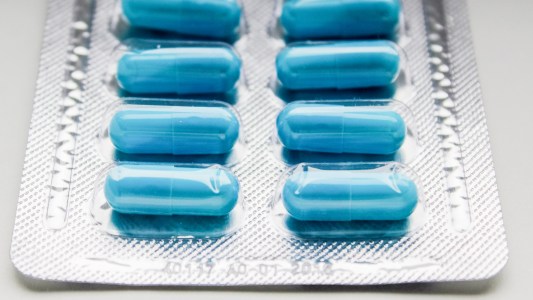 Coronavirus
The first life-saving coronavirus drug is a common steroid
By Kristin Houser
Subscribe to Freethink for more great stories
Subscription Center
Sections
Video
Freethink
Subscribe
We focus on solutions: the smartest people, the biggest ideas, and the most ground breaking technology shaping our future.
Subscribe