Few things dance across the line between medicine and miracle like deep brain stimulation.

Introducing electric currents into specific areas of the brain can have dramatic effects — effects that researchers have described to me in the past as happening almost instantaneously, as Parkinson’s tremors, for example, disappear when the electrical current hits its mark.

“It is a bit remarkable,” Marom Bikson, of CCNY’s Neural Engineering Group, told me previously.

Researchers can use the tool to control parts of the brain — deeply complex parts — to achieve a range of results that can sound close to sci-fi.

But deep brain stimulation is definitely for real.

What Is Deep Brain Stimulation, Anyway?

Deep brain stimulation (DBS) is one of those wonderful science terms that says exactly what it means: you’re electrically stimulating an area deep inside the brain. (Despite the tendency for any conversation about the brain to eventually lead to big philosophical questions, we fortunately don’t mean “deep” in the annoying-guy-in-philosophy-101 way.)

Think of the electrodes as something like a pacemaker for your brain.

According to the Mayo Clinic, deep brain stimulation has been approved to treat epilepsy, essential tremor and dystonia (which cause involuntary shaking and muscle contractions), Parkinson’s disease, and even obsessive-compulsive disorder.

All of these conditions can be treated or improved by applying electrical stimulation directly to certain parts of the brain.

I know what you’re thinking: how do they get the electricity in there?

That’s easy — they drill a hole, of course, while the patient’s conscious.

Jason White, a senior research associate at the Human Neuroimaging Laboratory at the Fralin Biomedical Research Institute at Virginia-Tech Carilion, has been in the operating room for DBS insertion, and shared with me what he saw when we spoke in 2019.

In the surgery White observed for Parkinson’s treatment, the patient’s head was held steady by a metal halo. The surgeons anesthetized the patient’s scalp with a local anesthetic (this is, ironically, the most painful part, apparently) and, scalp numbed, made incisions in the skin, revealing the skull.

Introducing electric currents into specific areas of the brain can have dramatic effects.

The patient is kept awake for this whole thing so surgeons can monitor their consciousness and stop if anything seems off.

Here’s where it gets wild: using a drill that White thought looked like it came from Home Depot, the surgical team puts a roughly bottle-cap-sized hole in the skull and cuts through the membrane beneath, revealing the brain.

They then use a metal cannula to deliver the electrodes into the right part of the brain. Frequencies are cycled through until the correct one is found — and the patient’s tremors cease right then and there.

What Else May Deep Brain Stimulation Do?

Deep brain stimulation is now being considered for a number of other neurological and psychiatric disorders.

NYU Langone offers DBS therapy for people with treatment-resistant depression; the West Virginia University Rockefeller Neuroscience Institute implanted electrodes with the aim of curing opioid addiction in the fall of 2019.

Curing opioid addiction and depression with electricity sounds pretty conventional compared to what Nia Therapeutics is working on: brain implants that can help improve memory.

The idea is shockingly (ha!) simple: when memory is working just fine, the implant does nothing, but if the implant’s algorithm senses trouble, it jolts the brain, like a memory jumpstart.

How do they get the electrodes in there? That’s easy — they drill a hole, of course.

Researchers at Virginia Tech and Wake Forest are also piggybacking on deep brain stimulation surgeries, utilizing the opportunity — and cannula — to drop sensors inside the brain and read neurotransmitters in real time.

The work, spearheaded by Virginia Tech’s Read Montague, is a facet of computational psychiatry, which, to hew it to the bone, is attempting to put numbers, biomarkers, and concrete subjective measures to thoughts, feelings, and mental health disorders.

Such real time measurements are helping to tease out insights into what roles these crucial chemicals — like, say, dopamine and serotonin — play in the brain. 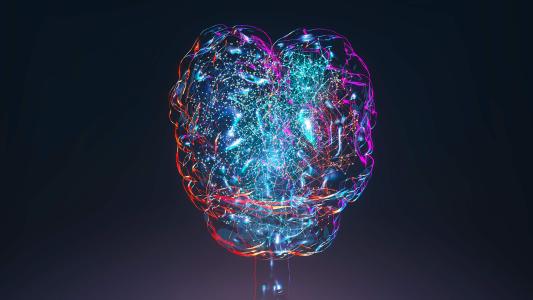 A new wireless brain-computer interface was able to record and transmit brain signals as effectively as the “gold standard” wired systems.

Neuroscience
Wireless brain-computer interface moves out of the lab
By Kristin Houser
Subscribe to Freethink for more great stories
Subscription Center
Sections
Video
Freethink
Subscribe
We focus on solutions: the smartest people, the biggest ideas, and the most ground breaking technology shaping our future.
Subscribe