Before a doctor can treat a patient, they need to know what’s wrong with them. Pretty obvious, right?

That’s not so hard if the problem is chickenpox or a sprained ankle, but infections can be far more difficult to diagnose — viral pneumonia and bacterial pneumonia, for example, cause similar symptoms but can require different treatments.

Doctors may order tests to ensure they’re treating a patient for the right problem. But often, a diagnostic test is designed to hunt for just one specific virus, bacteria, or other pathogen in one specific type of sample, such as blood or urine.

Each diagnostic test takes time to analyze, and if the first round of tests isn’t conclusive, a doctor might have to order another, subjecting patients to the sometimes invasive process of sample collection and delaying their treatment.

Now, scientists at UC San Francisco say they have developed a single diagnostic test that can search any type of sample for the DNA of known pathogens — and it can deliver results in as few as six hours.

One and Done Diagnostic Test

We already have tests that ID infections by searching for a virus or bacteria’s genetic code in a sample — the most commonly used COVID-19 test (called an RT-PCR test) works by hunting down the coronavirus’s RNA.

What the UC San Francisco researchers have developed is a diagnostic test that starts by sequencing all of the DNA present in a sample (human, viral, bacterial, and fungal) using an existing technique, called metagenomic next-generation sequencing (mNGS).

Then, a software program searches all of the DNA, looking for matches from a database of every known pathogen — find a match, and you know that pathogen that has infected a patient.

As researcher Charles Chiu told Freethink, the doctor would choose whatever type of sample is most likely to house the pathogen (e.g., lung fluid for a patient with signs of pneumonia), but they wouldn’t have to worry about using a diagnostic test designed to work with that specific type of sample.

“The advance here is that we can detect any infection from any body fluid, without special handling or processing for each distinct body fluid,” Chiu said in a press release. “It’s a simple procedure.”

The researchers previously demonstrated that their technique could be used to detect RNA viruses from several bodily fluids, so for their latest study, published in Nature Medicine, they chose to focus on a test that could identify the DNA of bacteria and fungi.

To start, the researchers used their diagnostic test to analyze 180 body fluid samples from 160 patients. These samples had already undergone regular diagnostic testing with two traditional methods: culture testing (trying to grow microbes in a Petri dish) and PCR testing.

Both methods matched the traditional methods’ diagnoses in about 75% of bacterial infections and 91% of fungal infections.

The researchers also analyzed samples from 12 patients who were confirmed to have some kind of infection, but had tested negative in both culture and PCR testing. Their method was able to identify the pathogens in seven of the 12.

“Initially, we envision that this test would be used after a patient tests negative by other methods done routinely in the hospital laboratory,” Chiu told Freethink.

“Once there is more acceptance and usage of the test by the clinical community, we believe that it will be ordered and used earlier in the course of a patient’s workup,” he continued, “in order to maximize the potential clinical impact that the test would have by providing more timely diagnosis for unknown infections.”

The researchers are now working toward getting FDA approval for their diagnostic test. If granted, the test could one day provide doctors with quicker answers as to what ails their patients, minimizing treatment delays. 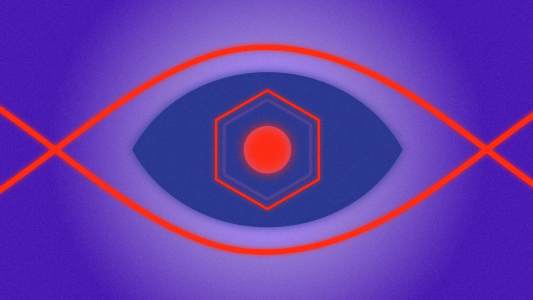 A new gene therapy was able to repair a damaged optic nerve in mice, suggesting it might be useful for treating glaucoma in people.